”We Must Do All We Can To Avert Second Wave Of Covid-19 in Nigeria” President Buhari Calling On Nigerians Major Gen. Muhammadu Buhari (retd) is calling on citizens of Nigeria to help fight against the second waves of Covid-19 as the economy is fragile. In a post the president has addresed the citizen concerning the second wavesof covid-19 if care is nottaken as citizens. According to President Buhari, the economy of Nigeria currently is fragile and will not be able to support any lockdown should covid-19 rise again in the country. 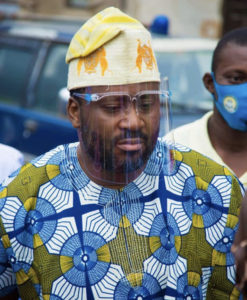 A video of actor turned politician Desmond Elliot calling on the speaker and his colleagues to do something about social media or there won’t be any Nigeria in the next 5yrs has surfaced the net.

According to him, the Nigerian youths are misusing the social media platforms therefore something should be done about it if not there won’t be any Nigeria in the next 5yrs.

He also called on celebrities and influencers to stop the hatred on social media by showing the world how they hate their own country Nigeria.

Netizens reacting to the video which he has once denied roasted him for saying that as they say he’s a typical example of a young man being president and failing them as well.

If You Want To Shut Down Social ...