Raise your hand if you understand the drama that’s the life of every working woman, juggling career demands, family life, raising kids and being all a woman wants to be. It does get daunting sometimes, doesn’t it?

Well, Sunlight understands and that’s the secret behind Alarambara, the Yoruba language radio drama series from Unilever’s Sunlight Detergent which has been a hit for 2 seasons back to back.

Each airing is filled with issues every woman can identify with. If you haven’t been in a particular situation, you would definitely know someone who has. The drama of Alarambara continues on selected radio stations in South west Nigeria. 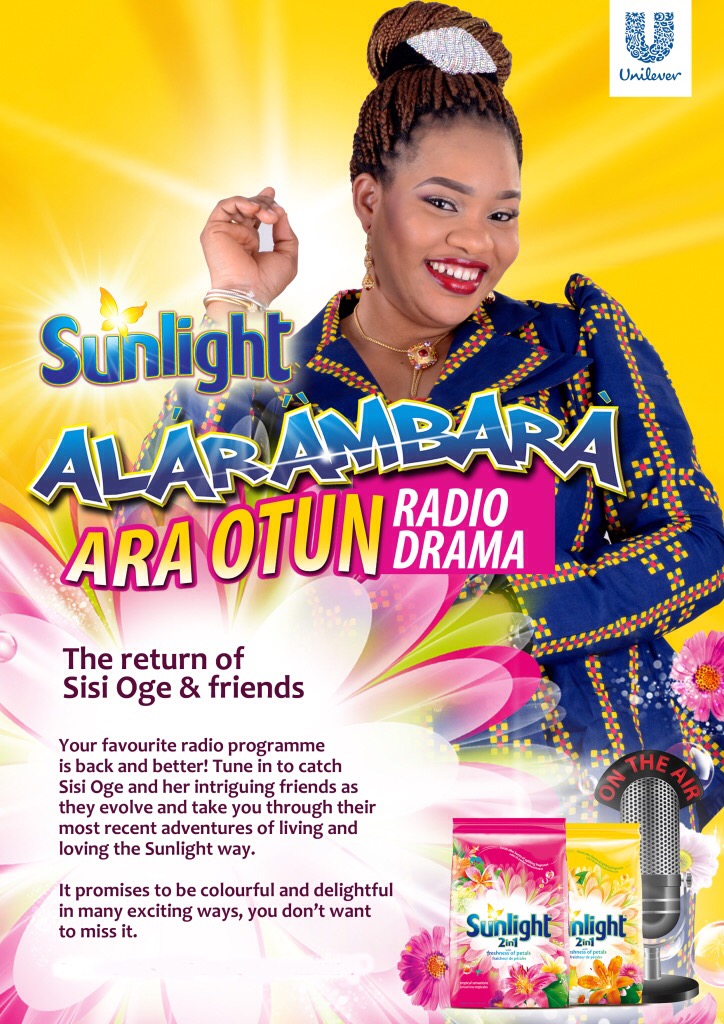 It is so easy to relate with Mosun Filani’s character, Sisi Oge and her four friends – the troublemaking Bisi; flighty Anike; money-loving Iya Alaje and newly-wed Iyawo – as they help one another grow, in the true-to-life scenarios of each entertaining episode.

For example,in the first episode of Alarambara’s second season, Bisi was in her element, trying too hard to “shine” at the Local Government Chairman’s party. She couldn’t afford the costly “aso-ebi”, but she bought it on credit anyway, just to “feel among” and look better than her more cautious friends. Her fingers got burnt a few days later when the “aso-ebi” seller tracked her down at Iya Alaje’s shop with a mob of jobless women, threatened to publicly disgrace and teach her, to cut her coat according to her cloth.

In Episode 2, “Be Confident in the Woman You Are”, Anike got off with just a little skin damage, after a botched attempt to bleach her skin in order to retain her husband’s love. It could have been much worse, but thanks to Sisi Oge’s sensible advice, she regained her lost self-confidence and her husband’s trust.

Iya-Alaje was however not that lucky. In episode 3, “A Mother’s Responsibility” she forgot to pick her son from school while she was buying and selling gold. Again, Sisi Oge and her other friends come to the rescue.

Be sure to listen to Alarambara on the stations below and also visit our Facebook page – www.facebook/SunlightNigeria to stay up to date on what Sisi Oge and her friends are up to. 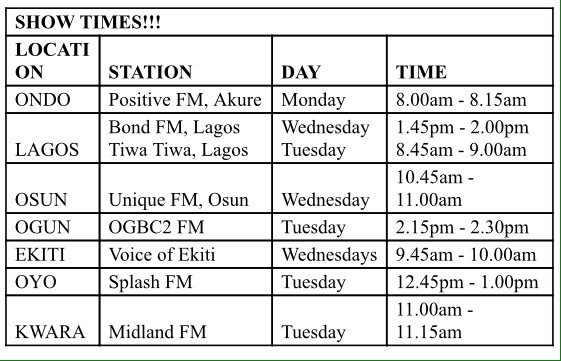