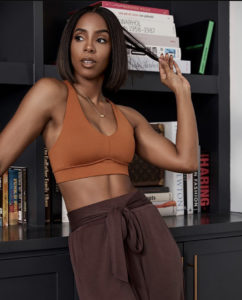 Kelly Rowland has suggested being in a band with Beyoncé is ‘torture’ due to the unescapable shadow cast by the mega star.

The 39-year-old Say My Name singer is a founding member of Destiny’s Child alongside 38-year-old Beyoncé and the ladies have been performing together since 1993.

While Destiny’s Child have been disbanded since 2006 – with speculation the group may soon reform – Kelly and Beyoncé have both enjoyed solo success in their own right.

Although Beyoncé has arguably enjoyed greater success than her older bandmate, Kelly says living in the shadow of her friend and fellow singers can sometimes feel overwhelming.

During an appearance on The Voice Australia, Kelly opens up to contestant Chris Sebastian, who is struggling with feeling overshadowed by his older brother, telling him : “Can you imagine what it’s like being in a group with Beyoncé?

“I would just torture myself in my head. Like, ‘I can’t wear this dress because they’re going to say it’s like B’.

“I would be lying if I said no, it’s never bothered me. That’s bull.

“There was a whole decade, if I am being completely honest, a decade where it was like the elephant in the room.

“It was the thing that would constantly be on my shoulder.”