On the heels of the movie teaser of Chigul’s (Chioma Omeruah) hilarious prayer for ‘Sumtin BIG’ that went viral a few weeks ago, BAM-NEMSIA Pictures today released the first official trailer of its highly anticipated movie, Banana Island Ghost (B.I.G), written and directed by BB Sasore. The movie trailer was unveiled at the iMax Cinemas in Lekki, Lagos, to a very eager audience of press, media practitioners and industry enthusiasts who all hailed the trailer as “the best from Nollywood yet!”

In the trailer, the cantankerous firecracker, Ijeoma (Chioma Omeruah) wakes up to find a Ghost (Patrick Diabuah) next to her. He has 3 days to fall in love and she will do anything to save her father’s house in Banana Island from the bank coming to reclaim it in 3 days. This exceptional sneak peek guarantees an action packed and comedy filled viewing experience when it is released in theatres on August 4, 2017. 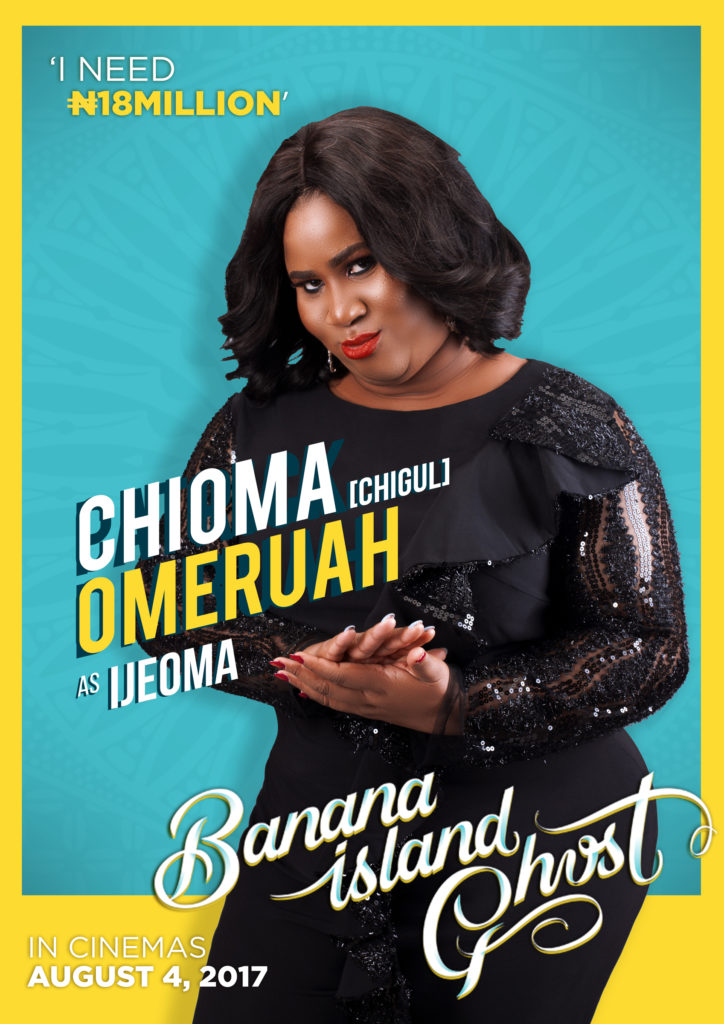 Symopsis
Chioma “Chigul” Omeruah as Ijeoma Chigul takes on her first leading role with a bang. Playing the boisterous Ijeoma, a down-on-her-luck woman with a big heart. She brings the expected laughs that she is known for but she also takes on incredibly physical stunts in the action sequences.
Ijeoma is a 30 something year old woman, looking for any way to save her late father’s house from repossession by the bank. She does several odd jobs daily including driving a taxi, doing street promotion and even petty theft to raise the 18 million Naira she needs but her efforts seem to be in vain.
With three days left to find N18m, she turns to God for a solution to her problem. Her prayers are answered in the form or Patrick, the Ghost! Together, they get into all kinds of hilarious situations but in the process help each other find purpose and fall in love.
Patrick Diabuah as Patrick also takes on his first leading role as the lovable ghost also named Patrick. Patrick the Ghost has died in an accident on third mainland bridge. He believes he cannot go to heaven without a soul mate so he also begs God for a few more days to find one. God, having a sense of humor, pairs him with Ijeoma. And although they hate each other at first, he quickly sees that they were put together for a reason.
Tina Mba plays Ijeoma’s mother, who quietly disapproves of Ijeoma dedicating her life to saving a house that is no longer a home. Uche Nwaefuna as Tope Queen Bee of Ijeoma’s main job at an office. She goes out of her way to pick on Ijeoma and make her life miserable along with her side kick Bimbo Ademoye who plays Anna.
Industry veteran, Saidi Balogun brings the humor that he is well known for in the Yoruba film industry. He is the DPO of BIP and has a bit of an obsession with Ijeoma. His love for her gets him roped into helping her save her house from the evil Mr King.

It will be an instant classic and pop-culture favourite across Nigeria and beyond. Get ready to be glued to your seats with your eyes fixed to the screen for a wholesome 90 minutes of action and comedy like never before! The movie also features international Superstar Tomiwa Edun, and stars several Nollywood heavyweights including, Uche Jombo, Saidi Balogun, Ali Nuhu, Bimbo Manuel, Damilola Adegbite, Lala Akindoju and Dorcas Fapson. [INSERT MOVIE TRAILER] Commenting on the trailer release, Biola Alabi, Executive Producer of the movie said, “Banana Island Ghost is unprecedented in many regards, and we believe that this trailer will excite viewers, across Nigeria and beyond, to look forward to a rib cracking experience when the movie hits the cinema screens in August.” 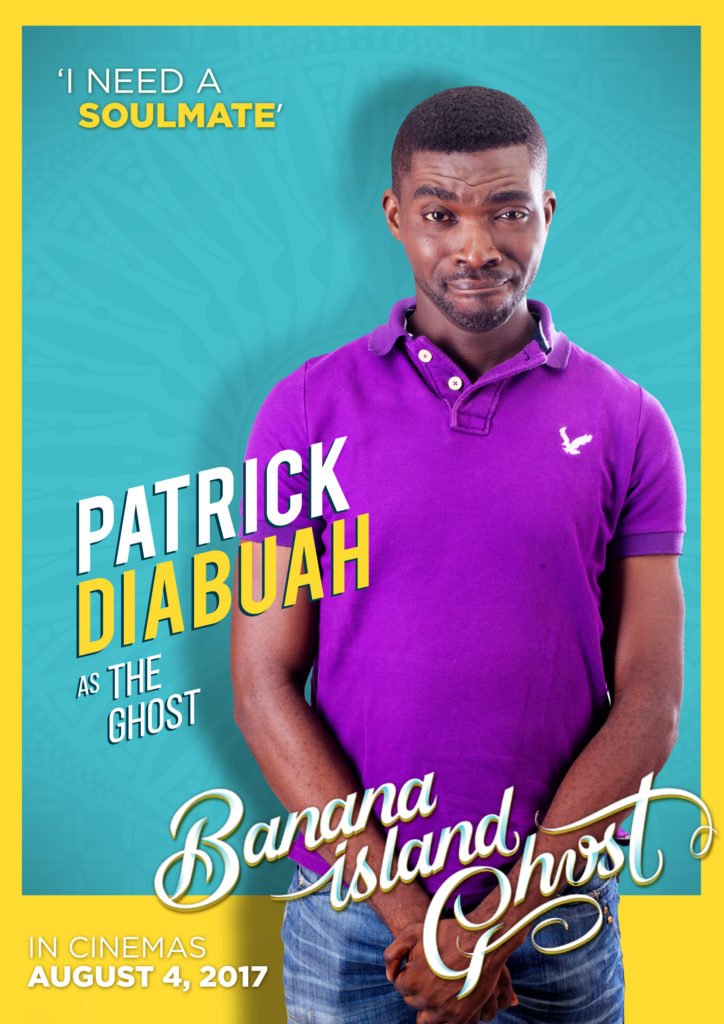 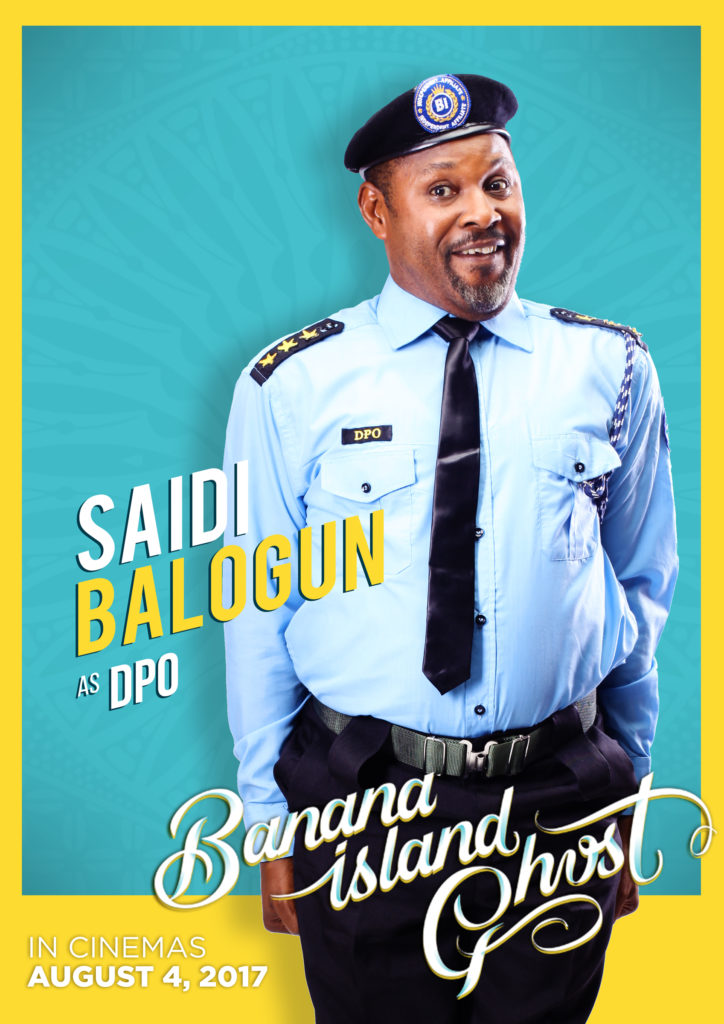 Banana Island Ghost (B.I.G), is the first from a slate of five (5) films by BAM-NEMSIA Pictures, a coproduction partnership between Biola Alabi Media (BAM) and Nemsia Films – headed by BB Sasore & Derin Adeyokunnu. The two companies are combining their creative capabilities and wealth of experience to produce a slate of five (5) ground-breaking films set to redefine Nollywood. BAM-Nemsia has also brought on strategic partners and sponsors for this project; Dr. Ayo Osunrinade, Michael Ugwu, the founder of FreeMe Digital, Adenike Adekanbi of HTB Entertainment Studios, Mr. Niyi Toluwalope and Basheer Tosin Ashafa of Tri-Equity Capital who are all Co-Executive Producers. Lipton, Sunlight Dishwasher, Coldstone Creamery, HelathPlus Pharmacy and Kilimanjaro Restaurants are all sponsors of the movie. Speaking at the trailer release conference, Omorinsojo Spaine, Producer of Banana Island Ghost (B.I.G) and partner at Nemsia Films said, “A lot of work and resources went into making this film, and I am very proud of what we’ve accomplished. The trailer has been hugely applauded and I can’t wait for everyone to see the film in August.” The movie was coproduced by Tolu Olusoga, Head of Productions at Biola Alabi Media (BAM). FilmOne Distribution, who are in charge of theatrical release and distribution for Banana Island Ghost are very excited about this film and have expressed their enthusiasm by asserting that “Banana Island Ghost is an outstanding endeavour and the level of dedication and professionalism that has been applied by everyone involved in the project, confirms to us that the film is set to be a record breaker,” said Moses Babatope, Group ED/COO FilmOne Distribution. 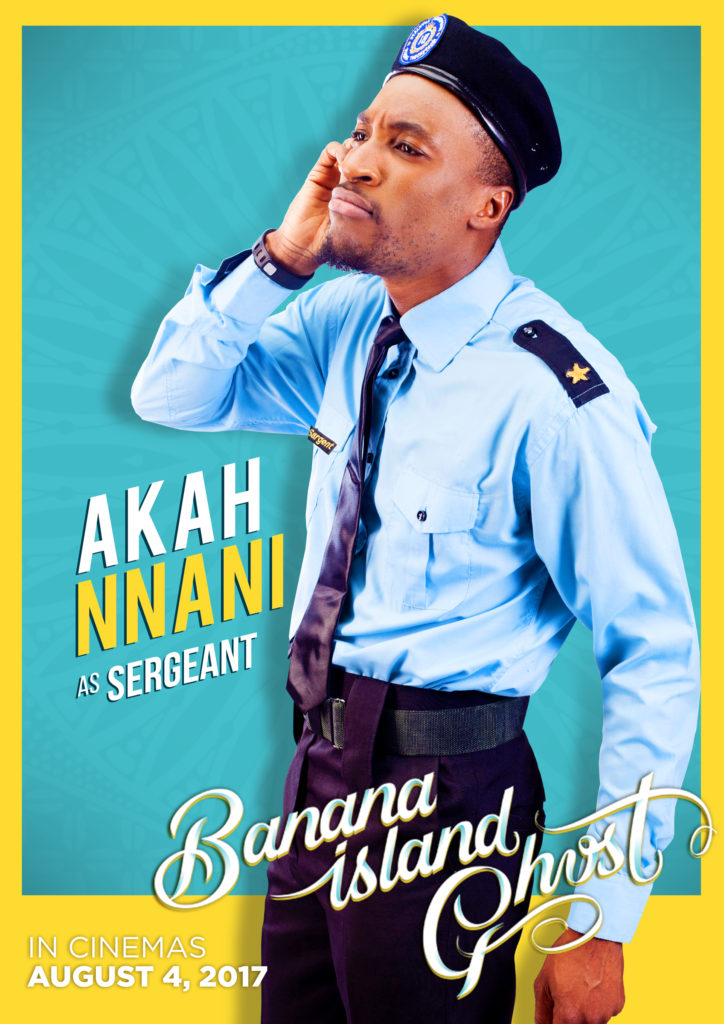 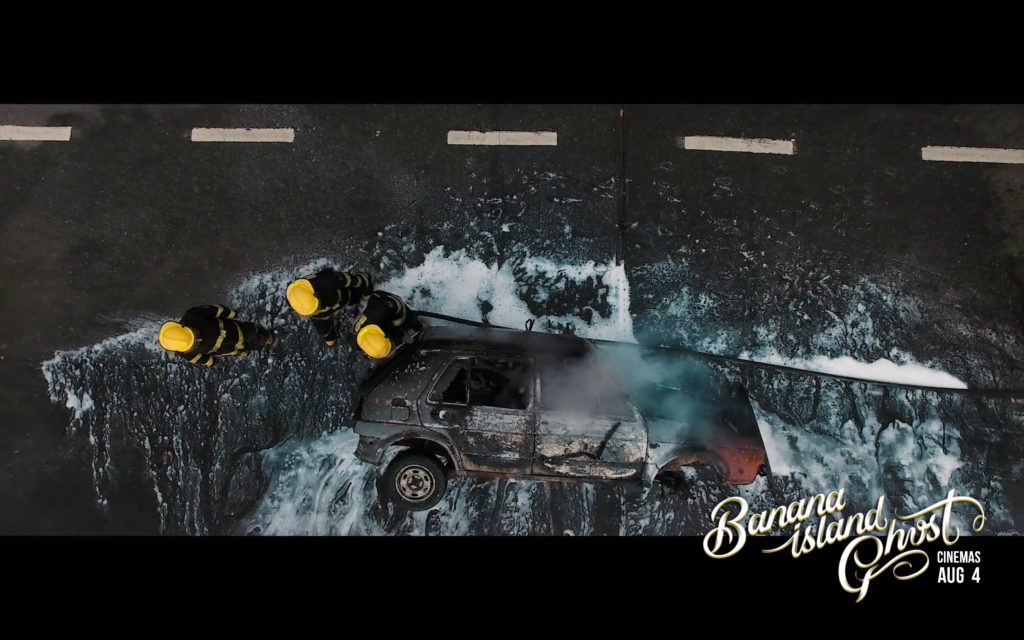 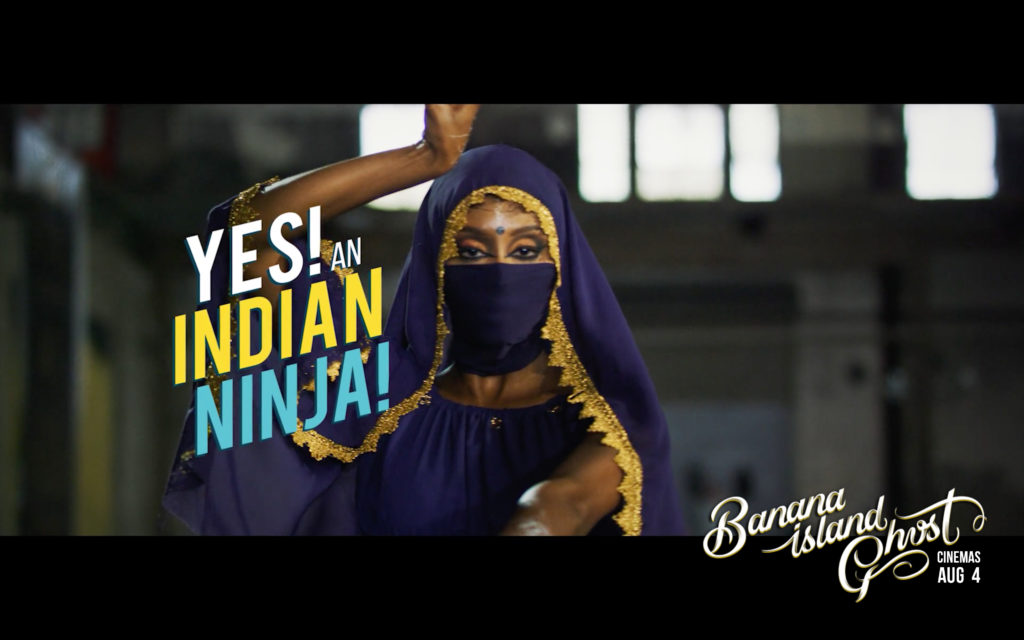 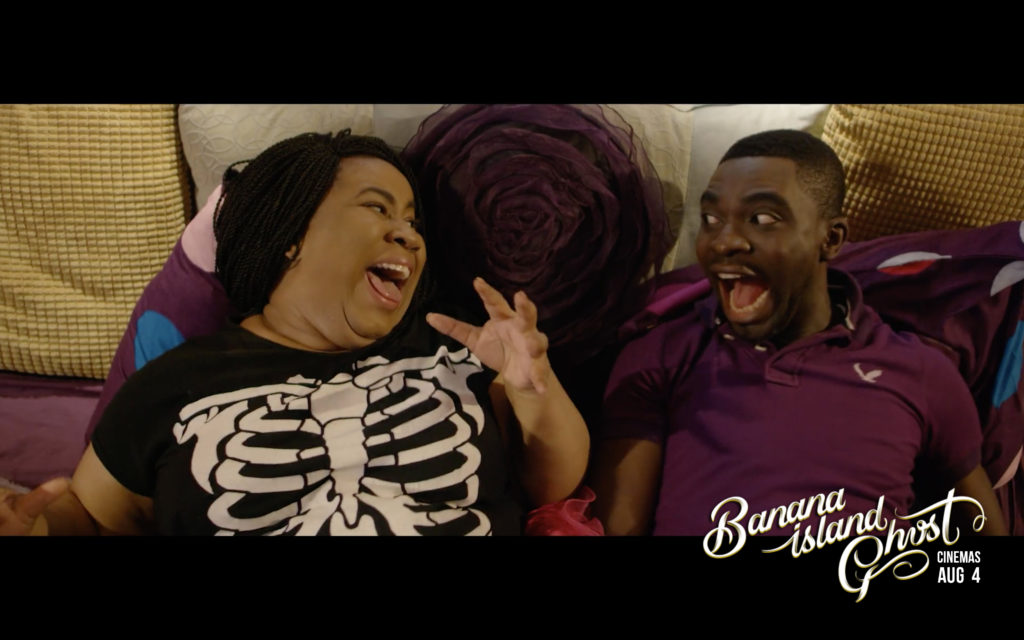 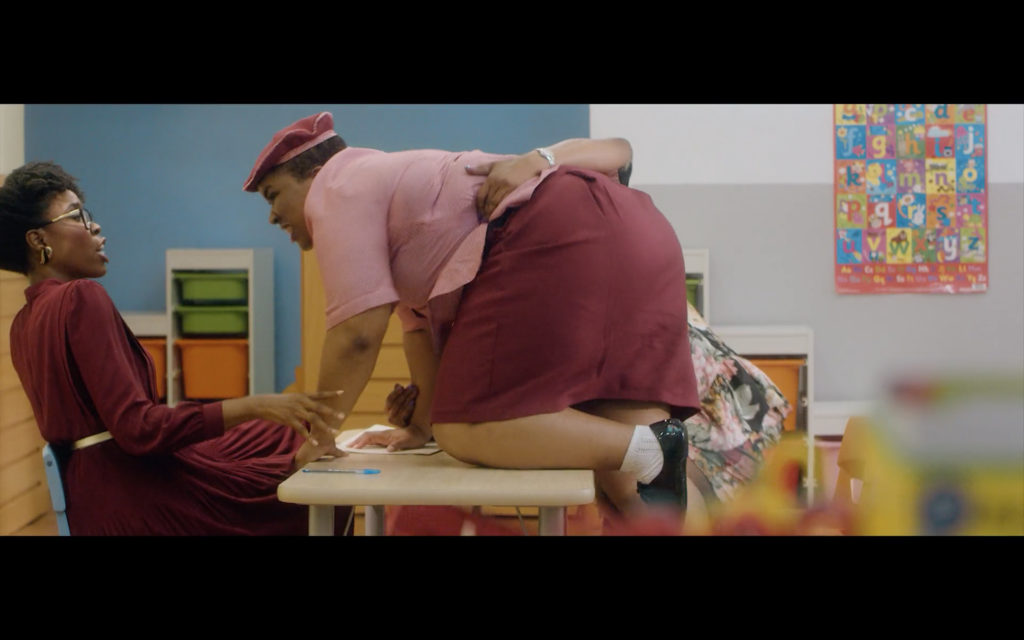 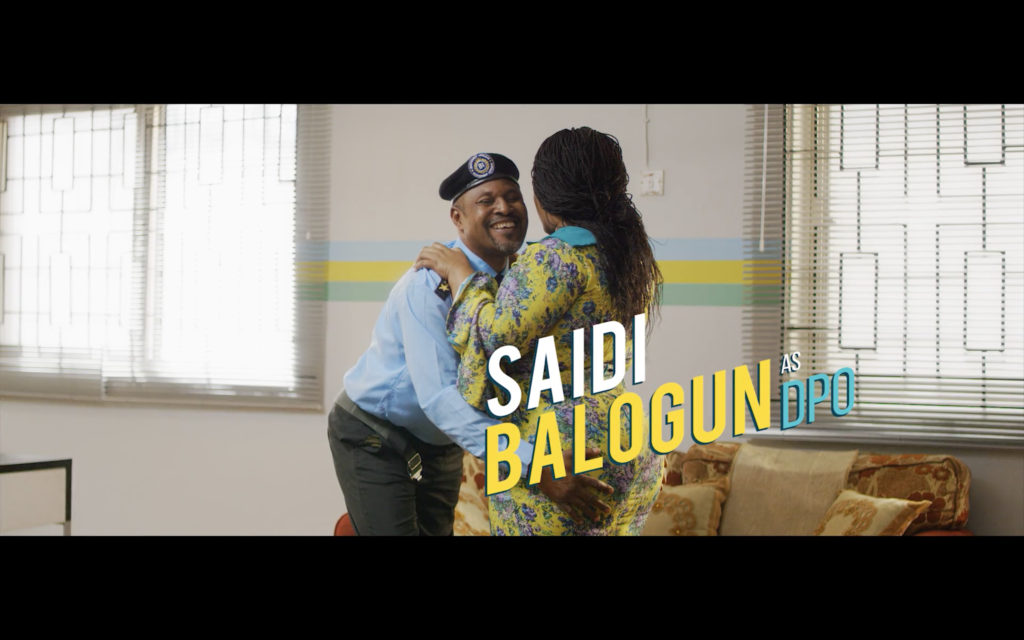 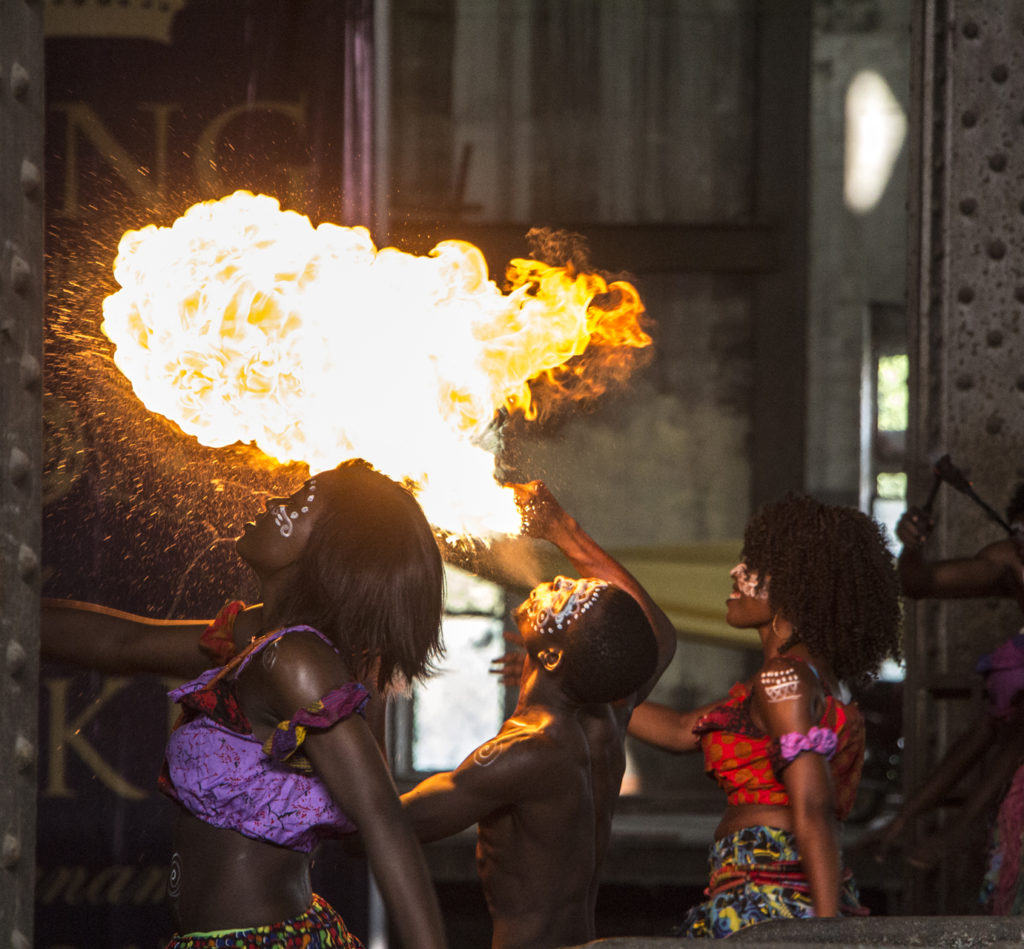 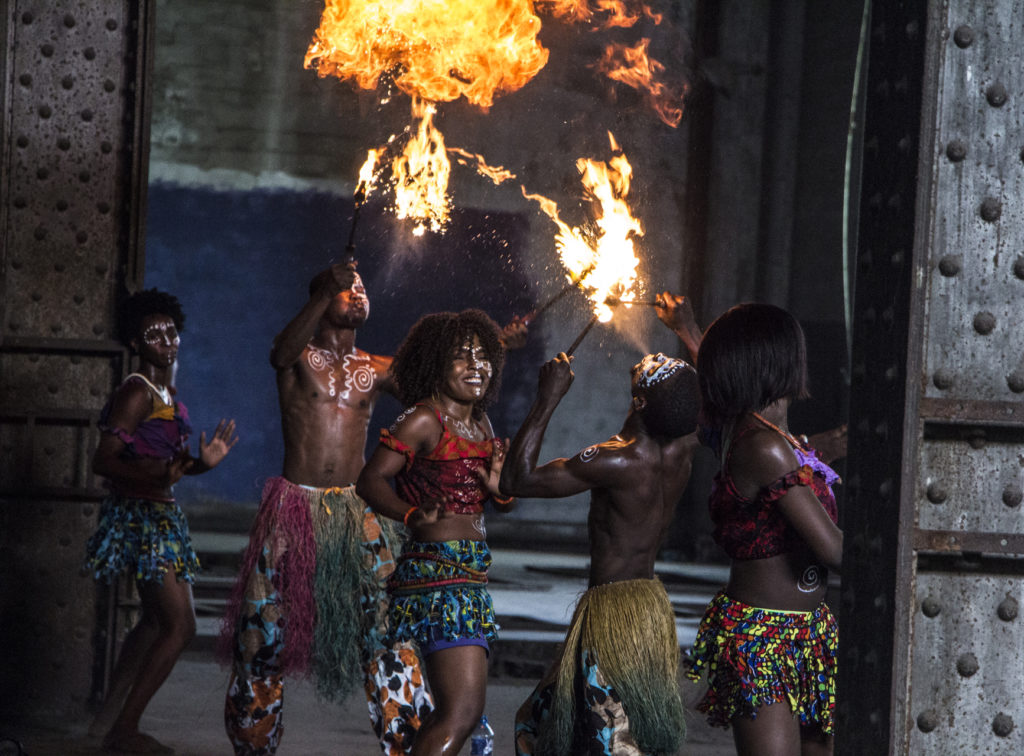 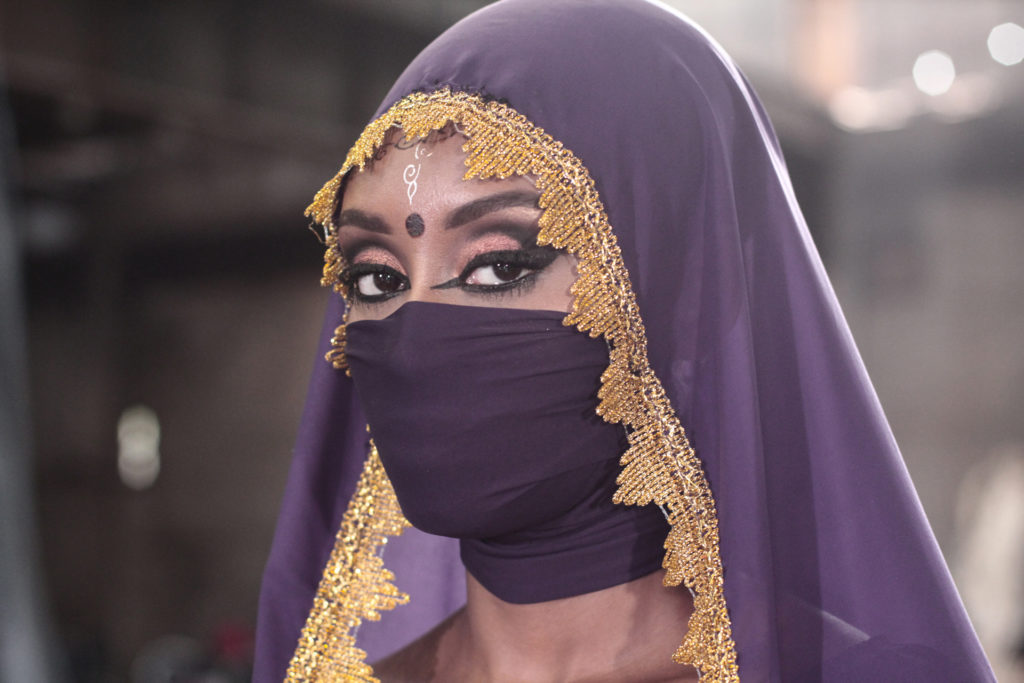 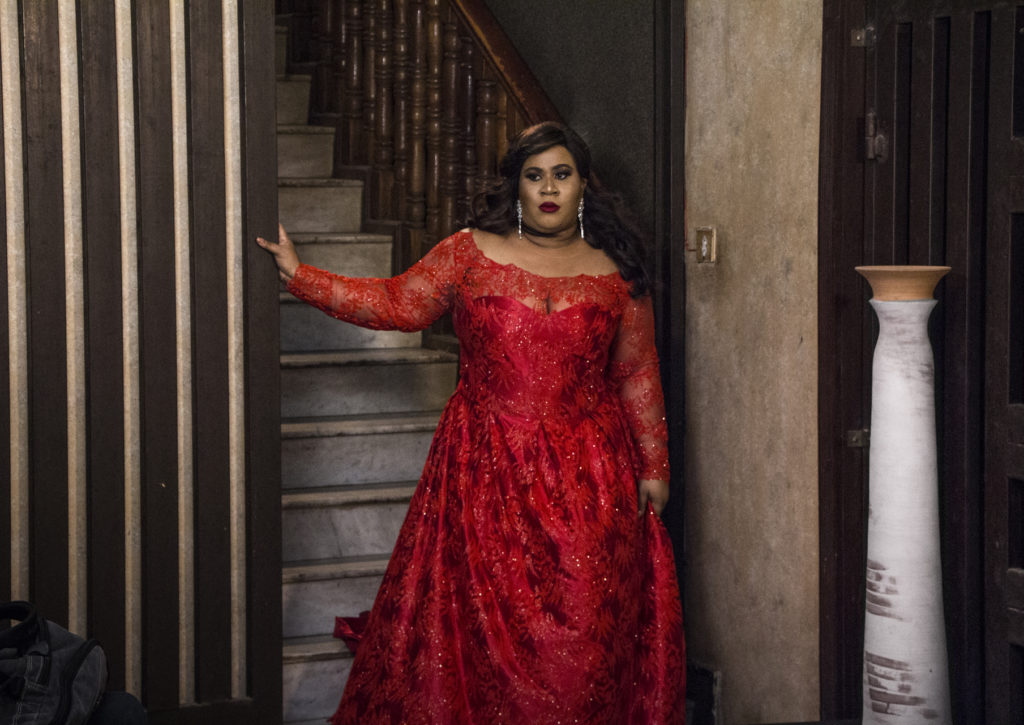 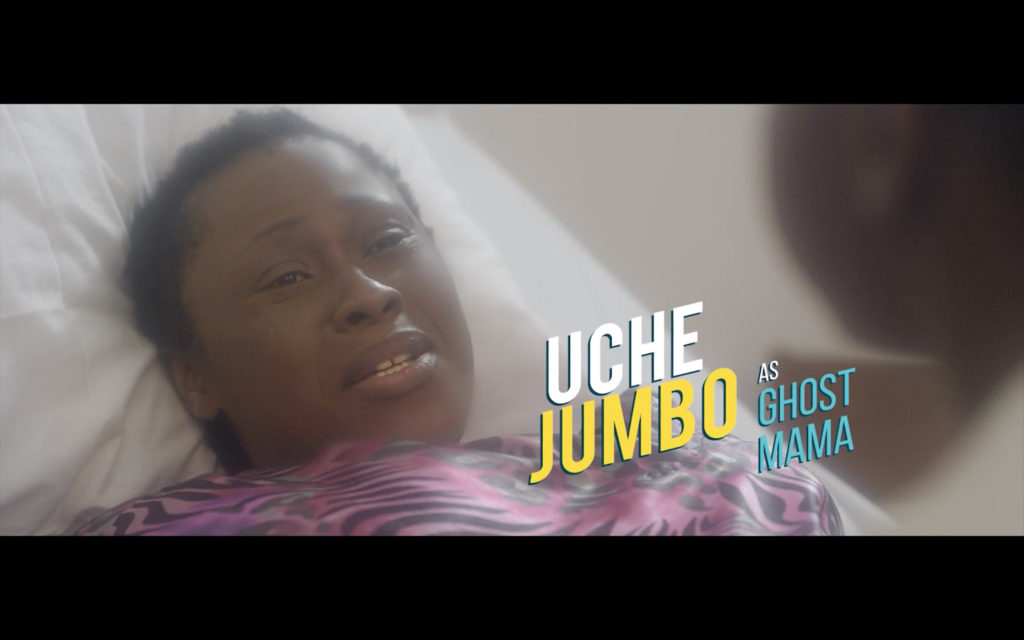 ABOUT BIOLA ALABI MEDIA Biola Alabi Media is a dynamic consultancy and production company with expertise in strategic consulting for pay entertainment, digital television, interactive television and emerging entertainment distribution platforms. It’s first TV show, Bukas & Joints is the no.1 food show in Nigeria and currently airs across Africa and in the USA. 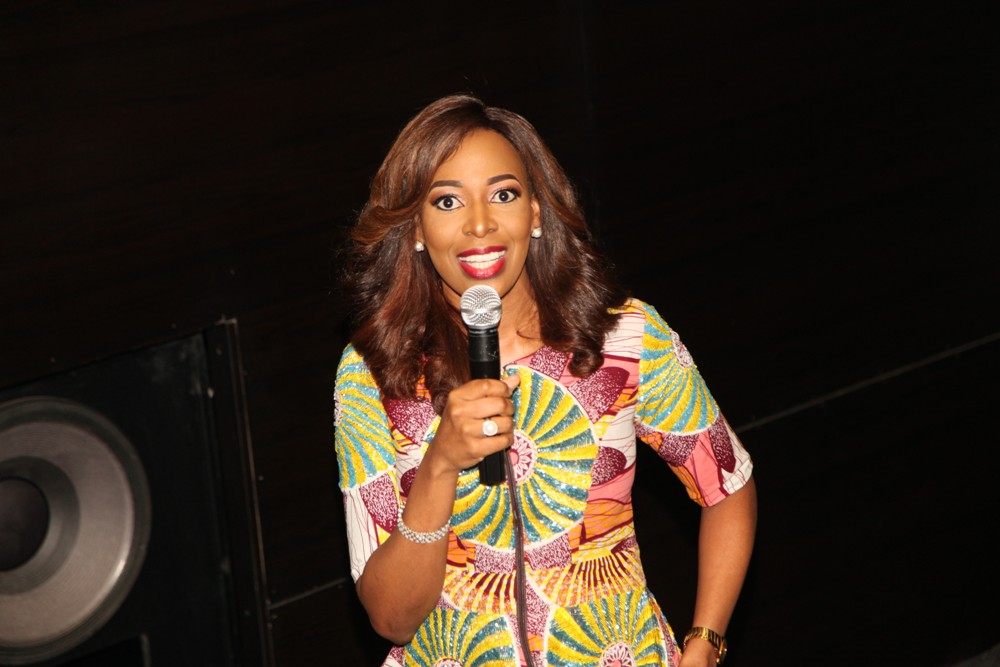 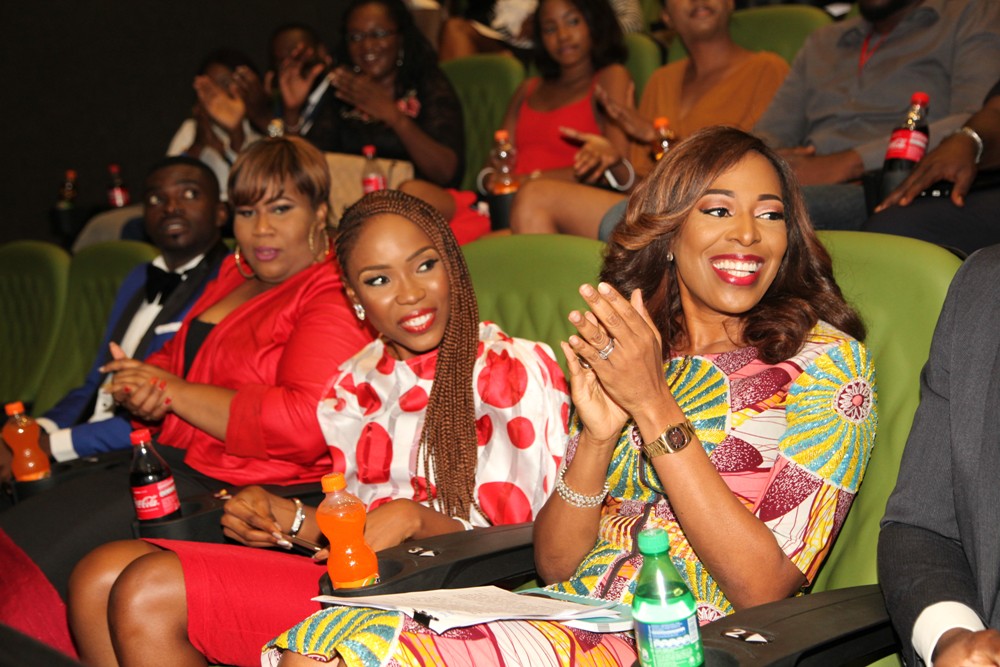 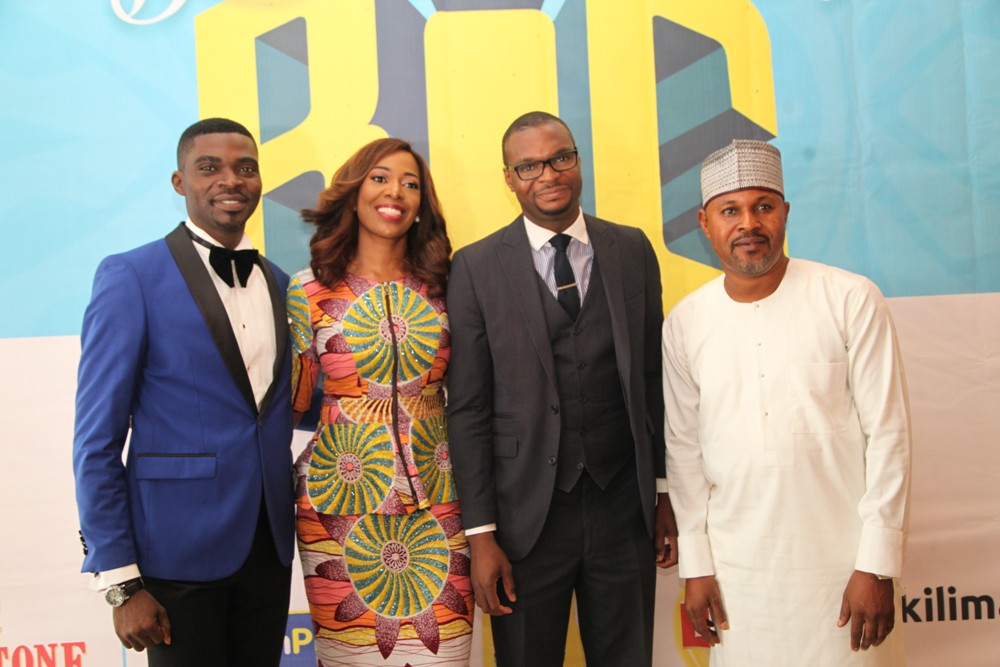 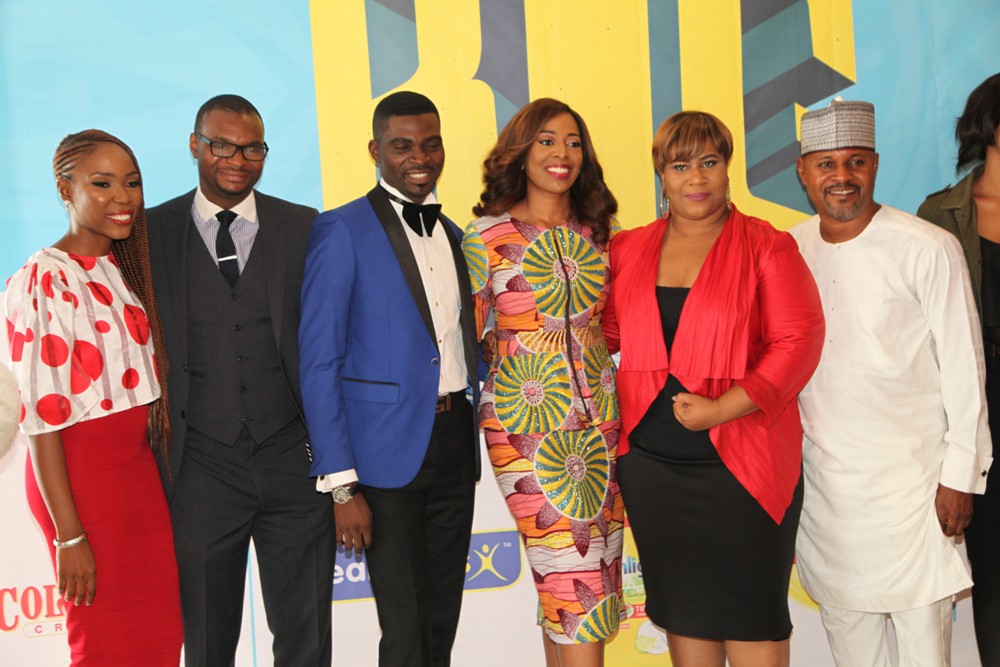 ABOUT NEMSIA FILMS Nemsia Films is a full service production house with an eye for striking visuals and captivating stories. Over the last four years Nemsia’s objective has been to produce world class content with a truly African core. Nemsia Films created critically acclaimed TV series, Before 30, in 2015. ABOUT FILMONE DISTRIBUTION FilmOne is an independent distributor of filmed entertainment providing top-end film release services with emphasis in Nigeria territory. We distribute a wide-range of mainstream, commercial pictures including international and indigenous titles, and maintain international strategic alliances and relationship with studios/distributors across the globe.

What Went Down Between TBoss And Dino ...