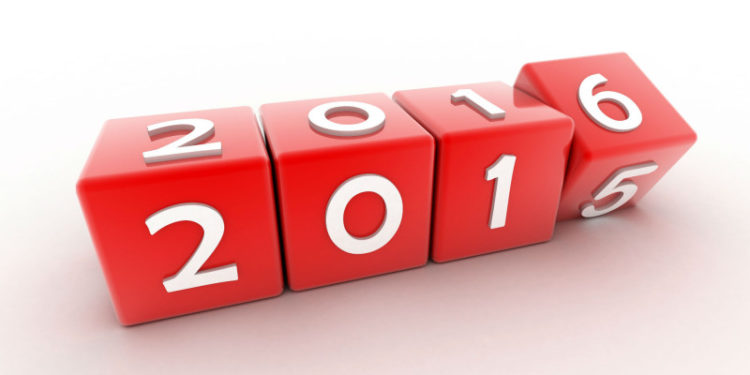 2016 was different things to different people. To some, it was a good year; to many, not so much. What with the whole economic recession thing, death of several prominent entertainers and the drama-filled, bitter US elections.

But whether it was a good year or a bad year, the possibilities and promises that the coming year 2017 holds are endless, hence the need to send off this outgoing year in grand style to make way for the new.

Here are a few ways you can properly say goodbye to 2016.

· Get it done with

You know that one thing that you’ve been meaning to do all year, or all your life even, but somehow you’ve never really been able to summon up enough courage to do? There’s no better time to do it than these last few days of the year. Don’t drag it into the new year. Just get it done with and dust off your feet.

Okay, maybe not church but it’s important that you get in touch with your spiritual side as the year wraps up. I mean, there’s no telling that it is not your village people that are behind whatever woes you encountered in 2016. Maybe not Donald Trump sha.

Thankfully, the One Lagos Fiesta is happening from the Christmas Eve to New Year’s Day at 5 different locations in the state, featuring the Who-is-Who in Nigerian music and entertainment. With over 40 concerts in 8 days and over 500 hours of entertainment, you can indeed send off the year with a BANG!