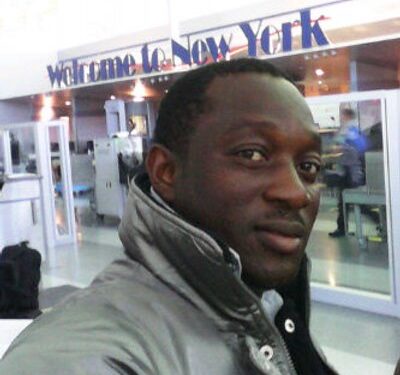 Taiwo Oduala is a film director and producer. He was among the 24 film directors that the Federal Government sponsored to study filmmaking in Colorado Film School in the United States. In this interview, the Ogun State born producer, who has shot many films across the shores of Africa, recalls that he started nursing the ambition of becoming a filmmaker at a very tender age. FLORA ONWUDIWE reports

How long have you been in the movie industry?

Well, movie making has been my desire since my child hood days as far back as in 1991, when I was in secondary school. I succeeded to be part of filmmaking. I was a member of a theatre group, from there we did some stage plays, such as “King Emene”, “Arrow of God”.

Also, from there, we moved into filming, then with Lagos Television (LTV8). We shot a project titled Grass Roots Democracy. I have been part of the industry until I started financing my own project. After I finished working with the set of film “Sango” in 1997, I started producing and directing my own jobs.

Since then and till date, God has been blessing us with film, documentary amongst others. When the industry started, we were making movies for home watch, it was not like there were no cinemas then, everybody was thrilled with new home movie for watch. The trend then was VCD; everybody wants to watch home videos.

They want to sit at home and watch home videos, then there was no Cable or Satellite television like the DSTV and the likes. It was strictly DVD, VCD, and people were watching it in their homes; until recently when the standard of filmmaking improved.

Then, I think the highest film that was shot was Sango, which had about N20million budget.

Every other film shot then was less than N3million, but now people are talking about N200million or N100million to shoot a film, because there is now standard of filmmaking that can be shown in the cinema, or even for film festivals.

First, you have to decide whether you are going into local content which is home video and you want to go international which is the classical thing and you can go to festival.

Why are Nigerian films not doing well in International film festivals?

I could tell you that in the last four years big projects have been shot in Nigeria, premiered and got influenced all over world.

Recently, “76” is the movie everybody is talking about all over the world, it went to Toronto film festival; it went to BFI; even my film “Ilu Oba” won a BFI, the first African movie to win BFI. I can tell you that we have a lot of achievements so far coming from the standard of filmmaking here, and the funding has been coming up.

You can imagine Fred Amata about 10 years ago shot a film with N40million, which was “Amazing Grace”. Now compare that to Kunle Afolayan, who about three or four years ago shot, “Figurine”, last year the “October 1” was everywhere, “93 Days” film is everywhere, even low project classic films are all there.

And our cinema is doing well because they have improved on our cinemas, like Silver Bird has branches all over the nation and people are now having the culture of going to watch cinema.

Can you share your experience on films you shot outside the country?

Anybody that is involved in a business or industry for 25 years and cannot count what has been your achievement, shows that the person is not meant for that industry. I worked hard and I felt that I have to go international. I cannot keep on working local, I have to go far. I was fortunate   with my hard work; I was almost dying, overworking myself without sleeping. I had to look for means of filming a world class film.

Fortunately, the federal government supported us in our capacity building to study in America, which was one of the best things that has ever happened. We went there, we paid school fees in millions not in thousands you know what that means in naira, we were in a hotel all through our studies, we burnt down money, ticket alone was half a million naira, at the end of the day we shot film in UK, Germany, South Africa. At the end of the day people will know that we have some Africans who can work into foreign countries and did something and can still come back home.

Nigeria is yet to have a film village does it apply to the countries where you said to have shot films?

Nigeria is developing, all the countries that I have been to, they have film villages, not even in one central, they have a big one like California now, we have a place where they call Hollywood, where the filmmakers are, but in other states too, they are building their own small film village in a state, and they will tell you, if you can promote this state, rather than to promote other states, we will give you back 20 per cent budget of whatever you spent to promote us.

Now we have been chasing Rubicon at the federal government level. Ten years ago government ignores entertainment industry entirely, but now they are recognizing us because if they want to do campaign or do anything, they know that they need these actors.

The only thing some people are not happy about is they took a whole Nigerian Film School to Jos, which is not proper, now you are taking film village with all these billions to the North, we should share it , they should not let everything be in the North. Some people are complaining about it, but for me I don’t mind, so far it is in Nigeria.

Has the Nigerian Film industry made standard sales?

As far as Nigeria is concern no one has made a standard sale, except recently, where I can say some people profit, an example of Ayo Makan (AY) did something, not too expensive, but he has broken even now, because the market accepted it.

I believe as time goes on, there will be more profit , you see in film business, you don’t expect to make money immediately, it is a royalism thing, it will keep coming maybe at first you can make the first hit, but then you are still sure of more coming and coming till you die.

For 25 years as a filmmaker, can we say you are a successful producer?

Every job that I do I always like to do my best and I have the ones that are big budget that I started since 2010, after starting the film on Celluloid till date I have not shot more than 20 percent of that movie is still hanging, most of my million naira is tied down. I know one day I will complete it.

It’s funding, we wrote all the companies like Etisalat, all the local government chairmen, the deputy governor, then, Mrs. Sarah Sosan. We were chasing them to put their money down, because the film is about child trafficking, it has to do with a lot of encompassing into a system of passing a message of genre, it is a humanitarian story, it is called Hope of all Orphans.

You cannot say because you are an orphan, you will lose hope, you will do everything to go to school, no matter the difficulty state you find yourself. After that I could not continue, because of the budget.

Films to see this December

Grateful beggar gives back to his giver