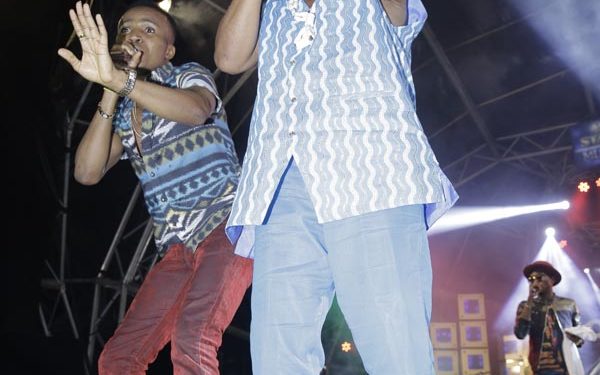 After performing his classic hit ‘African Style’ with a team of dancers jiving to the Zigima dance routine, he then worked with Humblesmith to deliver an unbelievable performance at the show.

Owerri fans went wild for several minutes, singing along and screaming for more.

Chimezie was himself a star of The Trek in the 90s, and it’s the first time he’s mounting the stage in many years.

It is not certain if both acts have decided to work on a joint track, although Humblesmith, who’s a big fan, already has a song dedicated to Bright Chimezie.

‘It was awesome to perform alongside the veteran’, he said after their set. ‘It has always been an inspiration to me and others in my generation’

Oge Okoye is thankful to God in ...