Admin
0
As the emergence of Republican Party presidential candidate, Donald Trump spells doom for illegal immigrants in America, the Federal Government has appealed to Nigerians abroad to relocate home if events get harder. 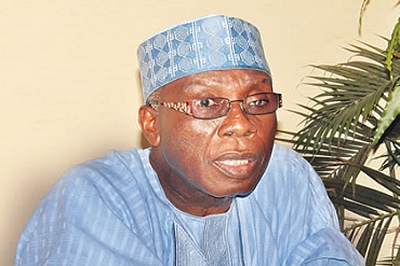 Minister of Agriculture, Audu Ogbeh, has called on Nigerians resident in the United States of America to return home if Donald Trump, president-elect, makes life uncomfortable for them according to the DailyPost.
It would be recalled that Trump lamented on the pressure mounted on the U.S economy by illegal immigrants numbering 11 million. Donald Trump shocked the world yesterday with a sensational victory over Hillary Clinton in a democratic battle that was described as a war against the entire American system and institutions.

Ogbeh said Nigeria might re-tool its foreign policy if Trump turned out to be a sectional president.

“I’m in a bit of shock, but we’re witnessing some very dramatic changes in the world, and I think some of these things began many years ago,” he said.

“The current economic theory ravaging the world is now reaching the poor and the ordinary people. It’s causing a lot of stress. Brexit happened, America has done this now. Many other countries are going to have near extremism ruling the minds of people.

“The rest of the world will have to then carefully watch and see the impact first. He made comments about Nigerians when he was campaigning that they had stolen money, they should go back to their country and live.

“But if he doesn’t, it means we’ll have to re-tune and re-tool our foreign policy to begin to find a situation where we may have to be welcoming some of our people if they come under extreme pressure. We hope it doesn’t happen.”