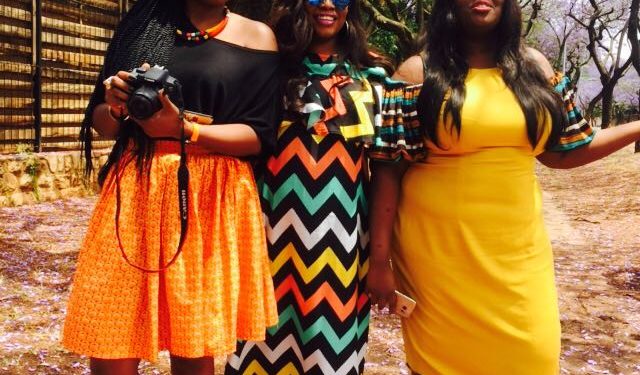 The trip and the day began with a buffet breakfast with all hosts getting their mouths full and ready for a day filled with more fun activity.

Off they went to the city of Pretoria, the executive capital of South Africa.

Arriving Pretoria, the hosts were taken to the freedom park. Built on a 52 hectare hill overlooking the whole of Pretoria, it was built as a memorial for the activists who sacrificed their lives in the historic fight for freedom for which South Africa is so well known. We were told on tour that former president of South Africa, Thabo Mbeki at the opening of Freedom Park, christened it the place of celebration and a tribute to humanity.

The Buildings are one of the centres of political life in South Africa; “The Buildings” and “Arcadia” have become metonyms for the South African government. It has become an iconic landmark of Pretoria and South Africa in general, and is one of the most popular tourist attractions in the city and an emblem of democracy.

Here, some of the guests took photo bomb photos with the statue of late apartheid activist and historical legend, Nelson Mandela which overlooks the entire city.

Afterwards, the guests headed south of Pretoria to the Voortrekker monument and enroute, the Jacaranda trees could not be missed. The bloomed purple petals  which enveloped the streets of arcadia quickly stole the show as the guests were seen clamoring for photos with the trees. It brought out the playful side of everyone. Noble bumped into school children from the Lesedi La Thuto primary school who wanted a photo taken with him, he gladly obliged.

The Voortrekker monument, a national heritage site, is a massive granite structure prominently located on a hilltop, and was raised to commemorate the Voortrekkers who left the Cape Colony between 1835 and 1854. The main entrance of the building leads into the domed Hall of Heroes. It is flanked by four huge arched windows made from yellow Belgian glass, contains the unique marble Historical frieze which is an intrinsic part of the design of the monument. It is the biggest marble frieze in the world.

Lunch was served at the Baobab Café and Grill, Menlyn. Set in a unique African setting, the guests were shown that there were blankets available in winter time for the guests and candle lights that light up at night which makes for a warm, cosy feel.

Outside in the terrace where the guests had lunch, the NI express came in view as well as, the whole expanse of Pretoria. From the lunch table, guests were privy to seeing the hills in Pretoria, the large expanse of land filled with vegetation and trees, the busy hustle and bustle as cars drove past. A city and country feel at the same time!! The weather was warm and breezy; the ambiance of the entire restaurant was just right. It was made even more special with the warm staff who checked on the guests regularly catering to every need.

Finally it was time for some shopping which was done at the Menlyn Shopping centre. Set to take over as Africa’s largest mall once renovations are completed in November, 2016, it already boasts over 276 stores ranging from local to international fashion designers. In some stores, one could even find clothing that came in straight from the run way from internationally renowned designers. Guests were excited to have such a wide selection of clothing and did not hesitate to shop till they dropped.

In the end, it was time to head back to Johannesburg as some of the media blogger guests attended the MTV MAMA’s 2016 press event. Everyone is prepare for Africa’s largest musical event set to take place tomorrow, 22nd  of October 2016 in Johannesburg.

It was still a fun-filled night as guests hit the clubs and explore Pretoria’s vibrant night life. Nonetheless, some rest would be needed as tomorrow looks to be a long day and night.

The Aboutthatcurvylife Collective Powered by Intel Will ...