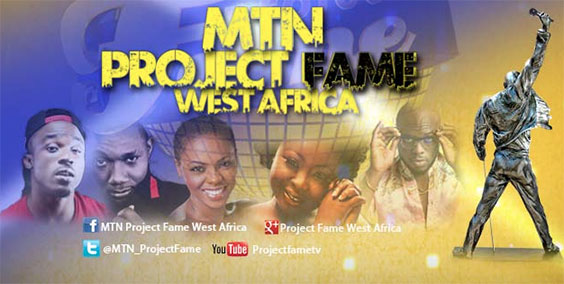 It’s interesting that Season 9 is about to wrap up, it has been such an amazing show with so many twists and turns for the contestants. The tenacity and the consistency of this show is worthy of commendation.

Thumbs up to MTN and Ultima Limited for putting up an amazing family show for nine consecutive years. Strangely, something in me yearns for Season 10 for these reasons:

Somehow, learning is not limited to only the contestants, we the viewers also learn the rudiments of music, entertainment, investment, songwriting by following the daily Academy  Shows. The number of people who learn just by following the show is as numerous as the reach of the show which cuts across various continents with online streaming platform and various Television stations across West Africa.

Project Fame does NOT only allow contestants to sing songs they are comfortable with alone; the Academy also pushes them to take up new challenges so as to discover unknown capacity in the singing talent of the contestants. And this push continues until the raw talents in the show become amazingly versatile and are able to perform all genre of music especially the ever green ones.

It might still take a few months and perhaps a few years for a Project Fame contestant to make it to stardom, however being on national TV for weeks, having a known name, and being a known face across West Africa speeds up this process especially for a resilient winner or contestant.

Firm Uncle Ben, amazing voice coach, Ms. Ige, ever young and graceful Mummy J together with choreographer Ms. Lovette all make the Academy a grooming ground that is in a world of its own and without any bona fide competition. The wealth of experience these four sound coaches bring on the show is exceptional and indeed grooms world class stars.

Project Fame affords contestants the opportunity to work with amazing producers and songwriters to make amazing tracks while in the Academy and they continue in this line even after leaving the Academy. Hits such as Kukere, Rich And Famous, A Woman’s Need, Emi Ni Baller, and upcoming hit tracks such as Nke Gi, Yago, Is Notin, Bursting My Brain, Never Let You Go, My Beautiful Love, etc. all attest to that.

Anyone who comes for auditions can always come back to contest again and again till such gets an opportunity to enter into the Project Fame Academy. Quite a number of contestants have made it to the Academy after repeated attempt.

Everyone everywhere and everyday gets an opportunity to watch Project Fame daily shows while the season is on and this provides avenue for families to bond in a relaxed musical environment after a busy day every day of the week. Project Fame can also be viewed online from anywhere in the world and also on both local and cable Television stations across West Africa.

Above all, the thought of seeing past contestants who did not win in past Seasons coming to contest in Season 10;  is definitely a reason to look forward to the BIG 10th Season! Anyone with me on this thought?