With the biggest concert of the year, Buckwyld ‘n’ Breathless: The Disruption fast approaching, five lucky dancers have emerged as winners for the Last Five Slots competition. The winners are slated to perform alongside music icon, 2baba and rap king, MI, who are headliners of the prestigious concert. 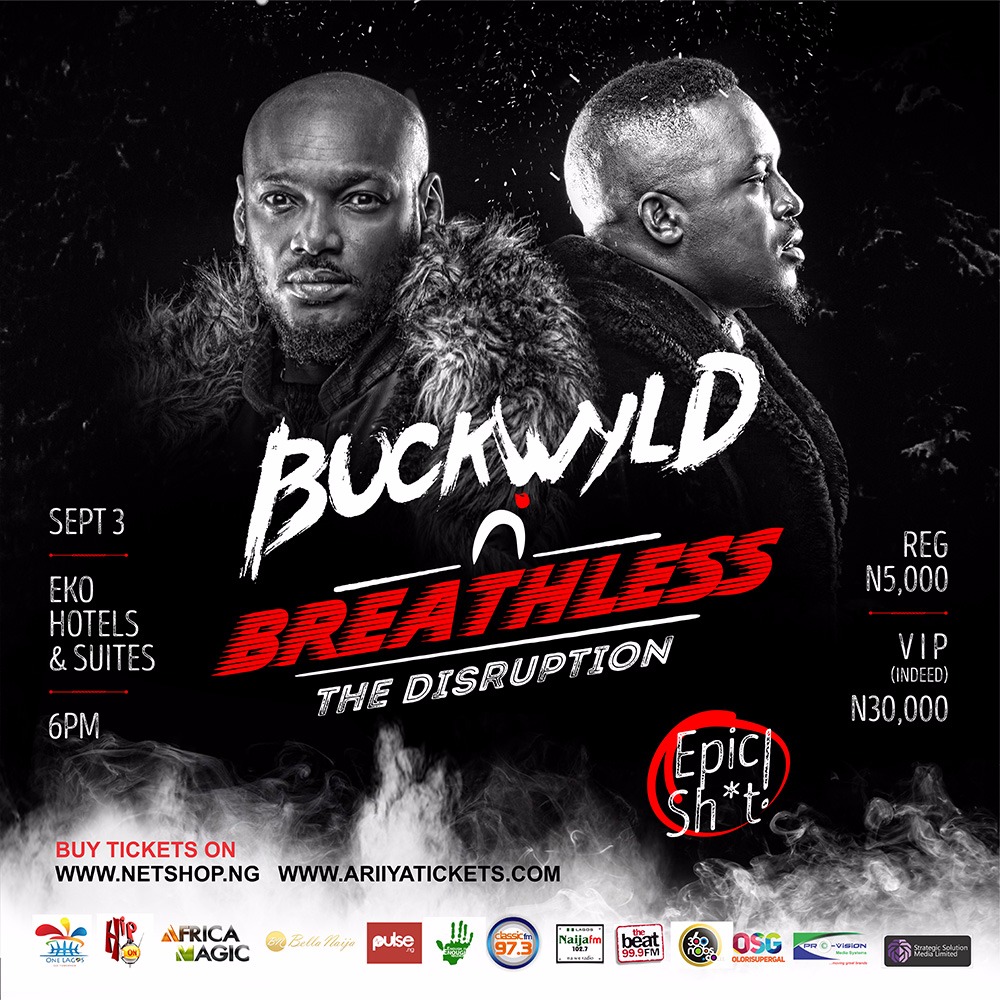 The lucky winners- Adegbite Ciara, Ubah Ebube, Okwara Stanley, Kemisola Olowu and Efe Prince were selected on Saturday, the 6th of August, following two weeks of rigorous auditions in Lagos, Nigeria. The winners were selected among fifty dancers who participated in the arduous competition which took place at the Bheerhugz Cafe, Ikeja City Mall, Surulere and Rumors Nite Club, Festac. The judges; Michael Igbelabo and Tessy of DNMT chose the winners based on the dexterous display of dance freestyles and their survival of the Spartan patterned choreography challenge.

Subsequently, the winners will be put through vigorous rehearsals in preparation for their performance with the official dance crew of the Buckwyld ‘n’ Breathless: The Disruption concert, Dance Na D Main Thing ( DNMT), led by Michael Igbelabo.

The Buckwyld ‘n’ Breathless: The Disruption concert is set to hold at the Eko Hotel Convention Centre on the 3rd of September, 2016.

The Last Five Slots dance competition is organised by Buckwyld Media Network as part of activities leading to the concert of the year, Buckwyld ‘n’ Breathless: The Disruption.