Fayose replies Aisha Buhari: I know you are corrupt 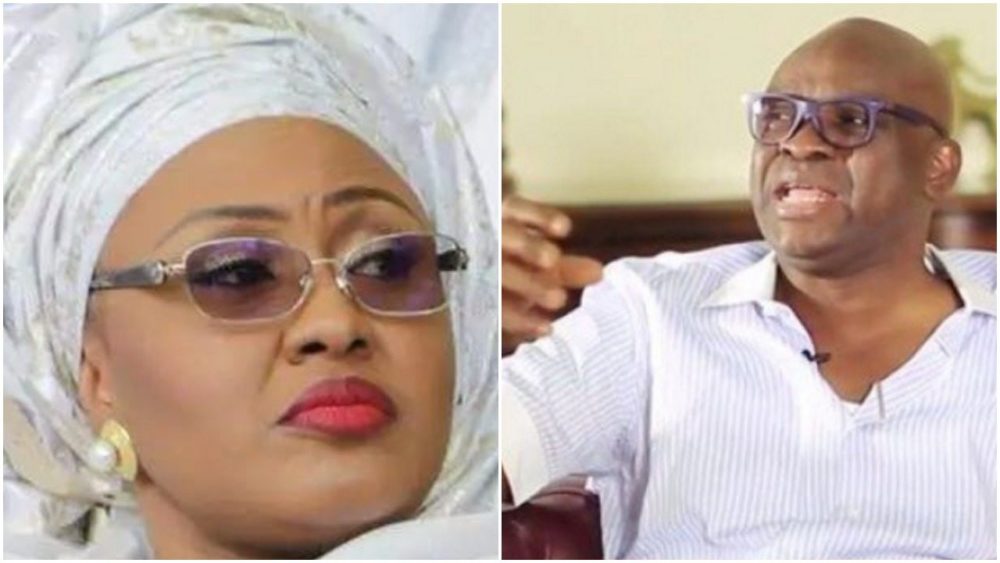 Ekiti State Governor, Ayodele Fayose has written a letter through his lawyers to Aisha Buhari saying he is very sure and maintains his stance that she is the same  ‘Aisha Buhari’ who was wanted in the United States and that, saying  “there was a judgment against the wife of the President, where she wired $170,000 to Jefferson that was convicted in the Halliburton scandal. If she wants to deny that, we will publish it in the newspapers.”

After Fayouse made this revelation a few weeks back, Aisha Buhari debunked the claims and said the document he was talking about referred to a different ‘Aisha Buhari’. She then ordered her lawyers to write Fayose requesting him to apologize and come out in public to admit the error and this is what Fayose replied through his lawyer, Chief Mike Ozekhome (SAN), on Wednesday, July 13.

“Our client has referred to us your letter dated 22nd June, 2016, on alleged defamation of the character of your client, Her Excellency, Mrs. Aisha Buhari, the wife of Muhammadu Buhari, GCFR, with firm instructions to reply to and reject same in its entirety.

“Our client states and reaffirms categorically that the statement he made as regards the involvement of Mrs. Aisha Buhari, the wife of President Buhari, in the Halliburton scandal, is correct and justified in law, having regards to a court judgment convicting one Mr. William Jefferson for bribery in the Halliburton case.

“Therein, the name of the President’s wife featured conspicuously. At page 22 of the said judgment delivered by the United State District Court, Eastern District of Virginia, Alexandria Division, USA, in criminal case No 1: 07CR209, the said Mr. William Jefferson was sentenced at 9.00 am on November 13, 2009, by Mark D. Lytle. Your client, Mrs. Aisha Buhari, was specifically mentioned in the judgment.”