‘I Brought In All The Faces’ – BLACK FACE 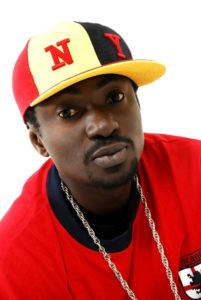 Every Nigerian that is versatile in music would never forget the ‘PLANTASHUN BOIZ’ . The group which was made of Tuface Idibia, BlackFace and Faze were topping the musical charts back when they were an item. The group later split on reasons best known to each of them.

After years have gone by and each member has been going solo and making musical hits in their various choice of music, Black Face took to the internet to rant on how the music industry hasn’t been treating him well, how his musical materials has been stolen.

According to Pulseng he wrote on how artist that are making waves today have been stealing his materials, BlackFace also accused Radio and Tv organizations , Nigerian DJ’S of playing favoritism and not balancing the airplay fairly.

This is what he posted on his instagram page:

I came into this game when the industry had no face, with respect to all other musicians and melody makers I listened to before I started creating mine, I brought in the faces (you know there names already ) that was going to create a spark in the Nigerian music scene to make other youths know that you can be whatever you set your heart out to be with determination and hard work as nothing in life is a handout. 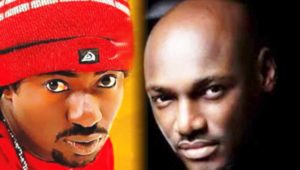 The plantashun boiz was a dream that didn’t actually come to be as the dream was cut short as we never went international even though our music did and our style was embraced by so many music lovers, but you all know the story.

Maybe, maybe someday me and my former members might do a song or a project but that remains for the gods to decide as it is as friends have become foes in these times.

My journey has been the rough one and am glad for all the tragedies I passed through over the past years because that made me stronger and value life more than I did initially when I had all the spotlight on me and my crew #Trybunalzworking and making music day in day out for the fans.

We were in almost every club, stage, and anywhere there was a live microphone and a DJ to give us beats and we thrilled fans as that’s what we did for a living, entertain, until sabotage started by greedy ones who will pay radio DJs not to play our music because we were a threat to their music as even their fans were jumping to #AheadOfTheGame#and they didn’t like that.

Some so called pioneers in the radio and TV won’t play our music either because they were part of a so called #Cabal but that hadn’t changed anything as this #Rasta only became stronger while those they support and adhere to their demands start to run out of ideas and resort to stealing our old materials from released albums and yet to be recorded songs to make their own music so all along I been competing with myself and the #saboteurs.

The Album “Defender”  is just around the corner and dem don sing am before say #Somethingwanttohappen and #thealbumDefender is it’.” 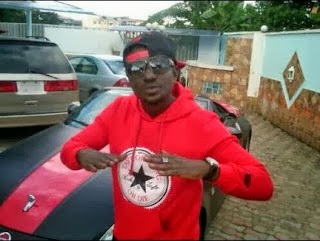 Wait for it! Black Face is about to Wow you with his new Album.

Revealed: the woman who has the key ...

I Never Wanted To Be The Chairman ...