Report has it that TeeBillz will undergo rehabilitation after suffering from depression which culminated to his suicide attempt. TeeBillz and his wife, Tiwa Savage have been the subject of discussion in the entertainment world after the news of their separation went viral.

The couple have maintained virtual radio silence since his social media rant last week and his wife’s subsequent interview.

According to a report by THENETNG, 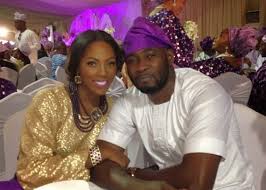 those close to him are working to help him recuperate and get rehabilitation. As Tiwa said in her Interview, Teebillz has not lived in their home for about two weeks and after his suicide attempt last week, he’s hibernated at Banky W‘s home in Lekki.

It is now confirmed that his close friends have now moved him to an apartment in 1004 estate in Victoria Island, Lagos, with the support of popular promoter Paul Okoye.

In another development, Tiwa Savage is already back at work, with multiple sources confirming she was in a video set over the holidays. Those close to her say she’s ‘trying her best to stay strong and positive, and she’s not taking her mind off her work and her son- even for a minute.’