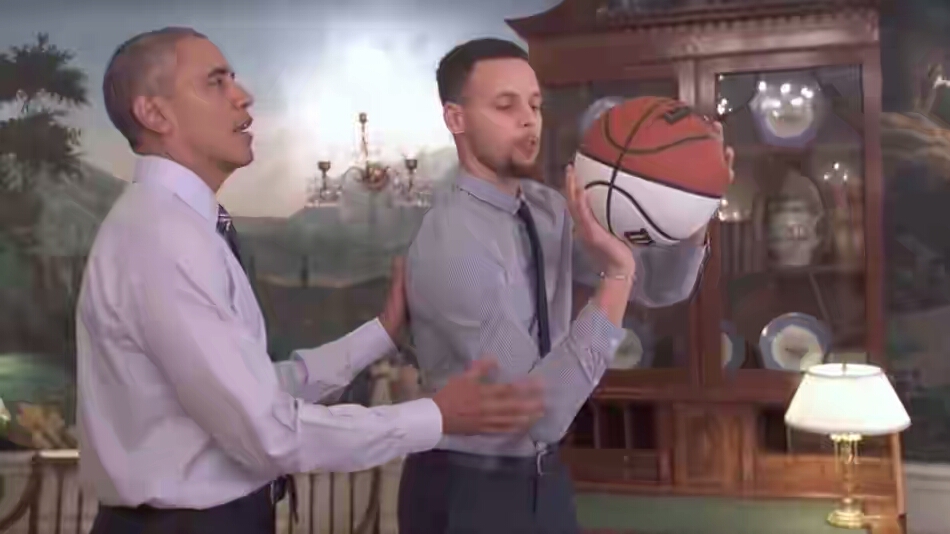 President Barack Obama is undoubtedly one of the busiest men in the world. When he’s not busy being President of the world’s super power, he’s busy being a cool guy.

His super powers don’t end at getting advance footage of the yet to be released season of Game of Thrones!

He welcomed NBA championship winner, Steph Curry at the white house today and had time to show the basketball wonder kid a trick or two…