The 5 Most WTF Moments In House Of Cards Season 4

House Of Cards is back with a bang, and those among us who’ve watched past the first few episodes know how explosive it gets. Because we don’t want to ruin the entire series, here we’re focusing on just the first six episodes of the season – don’t read on if you haven’t watched them. Here are its best bits so far…

Read: House Of Cards Is Back: Season 4, First Look Review

The tension between Frank and Claire at the start of the series pushes their relationship almost beyond its brittle breaking point. As she tries to outmanoeuvre him by making a deal with congresswoman Doris Jones on the breast cancer clinic and secure her position as future congresswoman, he secretly receives a phone call from Jones, in which he promises to fund the clinic. In his speech at the ‘State of the Union’ address, he reveals his betrayal while Claire watches, before revealing that he has also removed Claire’s shot at congress by supporting Doris’ daughter, Celia. What an asshole. 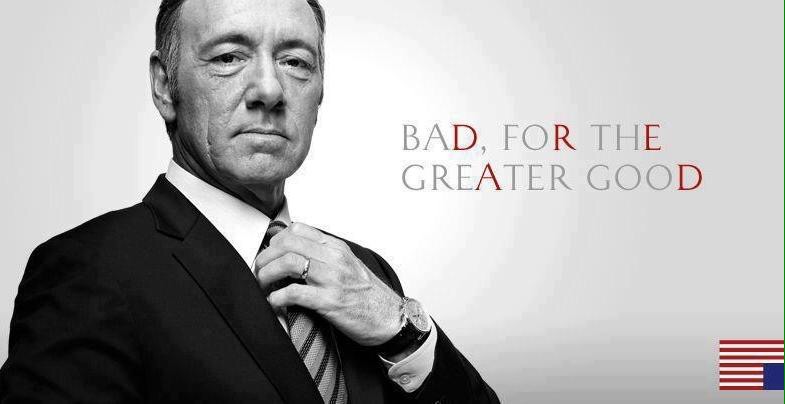 Episode 3: Claire wants Frank to find out she revealed his father’s KKK past

After Claire fights back – by publicising a shameful photo of Frank’s father fraternising with KKK members – Doris refuses Frank’s money and he loses support in his home state. He’s not sure who’s behind the leak, even asking trusted agent Edward Meechum if he might have been behind it, but eventually finds out Claire’s betrayal from the trace she left. He realises she wanted him to know about her betrayal – to know how much damage she can do his chances at retaining his position – and he declares, “We had a future until you started destroying it”.

Episode 4: Lucas’ failed assassination attempt kills both him and Meechum

Lucas’ desperation following his tragically botched meeting with Dunbar turns him manic – he tries assassinating the President. It’s a sign he’s given up any hope of proving Underwood’s evil past, and this action utterly damaging to almost every character we might think of as ‘good’. Lucas will now be seen as a madman. Dunbar’s brief association with him ruins her shot at cleaning up American politics. Lucas’ editor no longer believes anything he said. Claire’s mother wishes Frank dead. The only person who seems to suspect the President of anything is journalist Kate Baldwin.
Earlier in the episode, in a rare moment of tenderness, Frank had asked Meechum to stencil the outline of his hand to replace a painting of a confederate flag hanging in the White House. They both laugh – it’s a wonderful moment of inconsequential levity that later turns out to be utterly tragic.

Episode 5: Zoe and Russo turn up in Frank’s dream

Whether or not he means it, Frank’s apology to Claire – after she’s faced down the Russian president and pretty much single-handedly reached a deal to solve the fuel crisis – feels surprisingly genuine. “I said you were nothing without me in the oval,” he says, referring to the awful moment, below, from Season 3. “It’s the other way around,” he concludes. Unexpected.

This article first appear on NME

Jacob Zuma In Nigeria For A Two ...