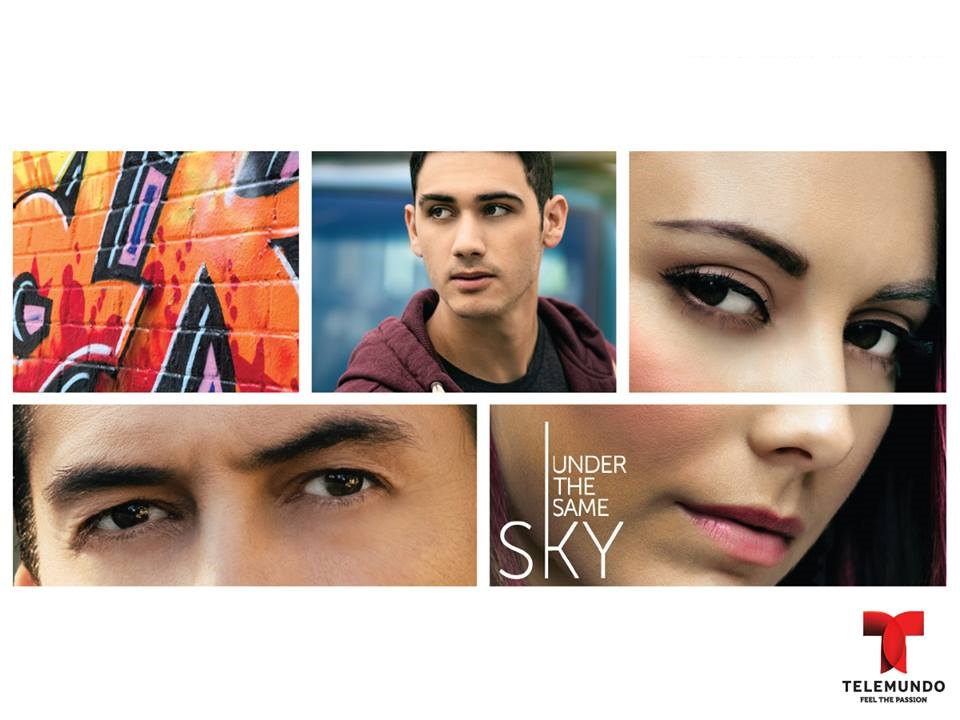 Under The Same Sky: Carlos has flash backs of the day he lost his son. Adela tries to protect her brother but gets into trouble. Carlos and Luis find Flag and Adela, and Adela tries to escape from them. Luis realises that Adela is trying to escape and follows her, but he is in danger when Noemi finds him. Noemi threatens Luis with a gun to stop him revealing anything to Jacob. Premieres Monday 08 February at 17:10 CAT. Catch-up episodes on Sundays at 12:10 CAT.

Destiny: This February on Destiny, Akaash leads Gauri into a trap. The family is busy with wedding preparations and celebrations.  Jhanvi notices strange things about her new family. The family receives bad news about Shatich. Saraswati sees Yuvraj and Rasik together. Kajari gets an unexpected visitor in jail. Another wedding is about to happen in the Garodia family. Monday to Friday at 19:00 CAT.

Hum Ko Tumse Pyar Hain: Rohit falls in love with a blind village girl called Durga. Rohit swears to get her eyesight back, but he disappears after her operation. Overcome with depression she goes on a retreat and meets Raj, a successful and charming bachelor. They fall in love and decide to get married but fate has something else in store for them. Saturday 13 February at 19:00 CAT.

Ugly Betty: Betty moves into a new apartment in the city, after rejecting both Henry and Gio. Major plotlines include Daniel and Wilhelmina’s respective relationships with Molly and Connor – a former couple; Betty and Marc both competing in the YETI program, a series of classes for aspiring editors; Betty’s new relationship with Matt Hartley, a wealthy sports editor also taking part in YETI; Christina’s surrogate pregnancy for Wilhelmina, and later belief that the baby is in fact her own; Molly developing terminal cancer and Ignacio’s heart problems resulting in Betty having to return home, resulting in Marc and Amanda taking on Betty’s apartment. Seasons 3 starts Monday 15 February at 19:05 CAT

Shadow Ops: Meet the real James Bonds, real spies. Thrilling true stories from the deadly game of spy vs. spy, told first-hand by the people who were there. Sunday 14 February 21:10 CAT

Recoil: A cop turns vigilante after his family is murdered, exacting vengeance on the killers – and then on all criminals who have slipped through the system. Thursday 11 February at 21:00 CAT.

Snitch: A man (Dwayne Johnson) agrees to infiltrate a drug cartel to save his teenage son from prison time. Saturday 13 February at 19:00CAT

Baselines: Ever wondered what rappers are saying in their very complicated songs? No worries! Rap/sing along to your favourite urban tunes with MTV Baselines at 11:00 and 16:00 CAT

Goldie & Bear: Is a brand new series that follows the adventures of Goldie and her best friend Bear and their pals. Will Red share her famous riding hood? Will Jacks magic beans help Bear grow big and strong? And can Humpty Dumpty stay in one piece?  Tune in to Goldie & Bear premiering on Saturday 13 February at 10:30 with a new episode every morning for 8 days.

Originative Artwork “Your Destiny Is In Your ...