With so many teams launching credible challenges for the title, English Premier League fans are spoilt for choice when it comes to top-notch match-ups this season.

Just three rounds into the new 2016-17 season, and the mega-rich Manchester clubs – Man United and Man City – will be slugging it out in a highly-anticipated tie at Old Trafford on Saturday at 7.30pm (Singapore time).

Why is this a must-watch match for EPL fans? Here are five reasons:

Both sides boast a 100 per cent win record, as they – together with Chelsea – burst out of the blocks with three wins apiece this season. 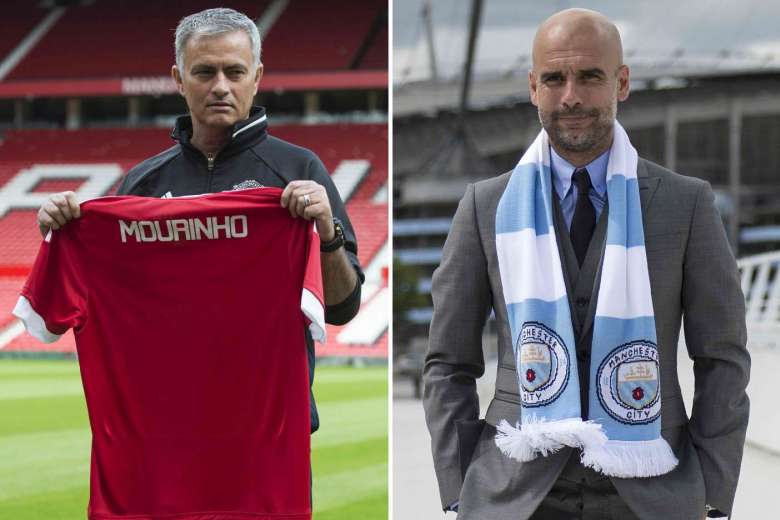 A win would be a great early confidence boost to the victors’ title charge.

For two clubs that are not afraid to splash the cash, the last EPL season was a massive disappointment.

City finished fourth in the table, their title charge fizzling out after a dreadful slump at the start of the year. They shot themselves in the foot by announcing the imminent departure of manager Manuel Pellegrini and arrival of the highly-regarded Pep Guardiola. Those announcements distracted the players and staff, so much so that results slipped.

United finished a spot below City in the standings, missing out on Champions League football for the second time in three seasons. While they won the FA Cup, it was not enough to save manager Louis van Gaal’s job. Out went the Dutchman and his sterile football, and in came Jose Mourinho.

To address last season’s shortcomings, both Manchester clubs embarked on spending sprees in the off-season, splurging on exciting recruits whom fans are eager to see.

United smashed the transfer record (£89.3 million) in order to land a former youth player, Paul Pogba, who has developed into a dynamic midfield presence for both Juventus and the France national team. They also signed two promising players in defender Eric Bailly and midfielder Henrik Mkhitaryan. To cap things off, larger-than-life Swedish striker Zlatan Ibrahimovic was signed on a free transfer.

Not to be outdone, City have also strengthened their squad, even though none of their signings are as headline-grabbing as those of United. Still, the likes of Nolito, Leroy Sane, John Stones and Claudio Bravo are solid purchases that may prove valuable for a title push.

In United’s Mourinho and City’s Guardiola, the clubs boast two of the most successful managers of the past decade. Both have won domestic and regional trophies in every club they have worked at.

Both are widely recognised as astute tacticians and superb man-managers, with demanding perfectionistic personalities which may come across as arrogant or abrasive to those outside of their clubs.They may not last as long in their clubs as Alex Ferguson once did, but just like the Scot, they are dead set on winning trophies.

This is the X-factor that defines must-watch football on TV: Both clubs harbouring a deep dislike for each other. And there is no shortage of those between these two “noisy neighbours” in the Manchester derby.

It starts from the dugout: Mourinho and Guardiola have a history of intense rivalry that began in the early part of this decade, when the Portuguese was in charge of Real Madrid while Guardiola led their arch-rivals Barcelona.

Spats and taunts were hurled between them, and their animosity translated into to violent clashes by their players on the pitch.

The dislike was not just reserved between the managers. Ibrahimovic has long held a disdain for Guardiola, whom he believes mistreated him when he played under the Spaniard in a short-lived Barcelona stint. He would be pumped up to score against City to taunt his former boss.

With fiery characters like Sergio Aguero and Wayne Rooney eager to win, it all promises to be a passionate encounter that even neutral football fans can enjoy.