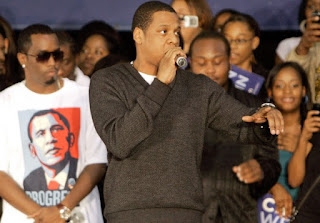 Jay Z recently celebrated his fourth wedding anniversary with Beyonce Knowles, and now Jay-Z wants to ensure that every couple gay and straight  is able to do the same.

Jay Z arguably the most powerful person in hip hop — discussed the issue with CNN … saying President
Obama’s decision to come out in support of gay marriage was “the right thing to do.”

“I’ve always thought it as something that was still holding the country back. What people do in their own homes is their business and you can choose to love whoever you love.”

He continued, “That’s their business. It’s no different than discriminating against blacks. It’s discrimination plain and simple.”