A Paradigm Shift; The Forgotten Beauty of Football 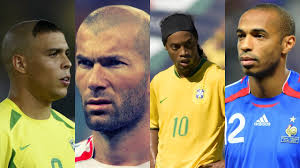 The game of football  is a well-loved sport that unites the world in a stretch of 90 minutes, seperated by a 15 minute break. It is a game you can almost describe as a religion for some. But just as it is expected in life, everything is subjected to the agent called change. This beautiful game is now riddled with so much politics and emphasis on the cash flow; and between players, it is no longer a thing of passion. Big money moves to China and America, a spending spree moving players between clubs has changed the tone of the game. Players are compared mostly on goal difference and trophies won. But there was a time when the game was different, when football was not just a sport or competition, but an expression and a way of life.

Prior to the Ronaldo-Messi era (2007-Present), the game was dominated by stars who played their hearts out on the pitch to give the fans value for their money, from the likes of Ronaldinho, Bergkamp, Zidane, Okocha, Henry, Ronaldo  to mention but a few. How can we forget the jet speed of Ronaldo, ‘snake bite’ of Ronaldinho, the ease of Henry’s style of play, Okocha’s overhead back flip, you could go on and on. The pitch was always lit up with skills worthy of replay. These players made the Ballon d’or selection very competitive. 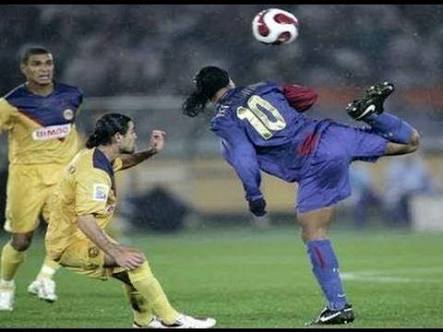 Today, we wonder if the saying: what goes around comes around, would one day play out on the pattern of play as it were. Who will the torch of outstanding and skillful football be passed on to after C.Ronaldo and Messi? Though times have changed and the ideology of football with it, the game nevertheless is still beautiful all round.