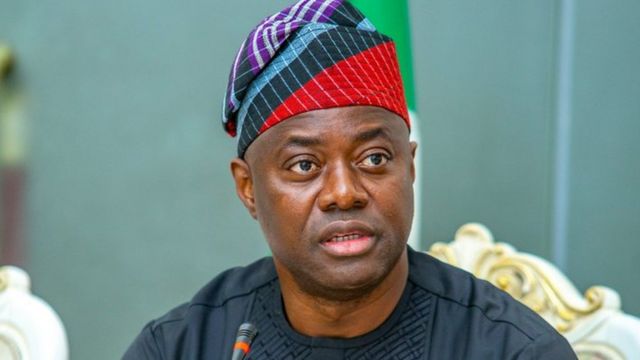 Governor Seyi Makinde has mentioned that if the law allows it, he would prefer that operatives of the Western Nigeria Security Network, fondly called Amotekun walk around with AK-47 rifles to enhance security operations.

While speaking at the maiden “Governor Seyi Makinde National Democracy Summit”, he made this disclosure on Tuesday at the International Conference Center, University of Ibadan.

He emphasized that the outfit’s success thus far is due to the recruitment system, which ensures that the operatives are chosen from their local terrains. He stated that if state governments were given the authority to control security operatives in their states, the nation’s challenges would have been effectively addressed.

“We need to fully appreciate that state policing is a sure cure to our national development challenges. Anyone who has been involved in security at any level will tell you that policing is local,” Makinde said, according to a statement by Taiwo Adisa, his spokesman.

“One of the reasons why the Western Nigeria Security Network, code-named Amotekun, is recording success is because members of the corps are drawn from the locality. They know the terrain and so can gather needed intelligence. Also, they can be held accountable by the local people.“When the state governors become the actual Chief Security Officers in charge of the security personnel in their state, they can quickly respond to security challenges.

“Yes, we will continue to do our best. We were able to get Amotekun off the ground and it is in operation now. But there are several limitations to what Amotekun can do right now, and the types of firearms they can carry. If we are given the authority and licence, I will also buy AK-47 rifles for Amotekun.“So, these are just two areas where true federalism will bring greater economic benefits and development to Nigerian states.”