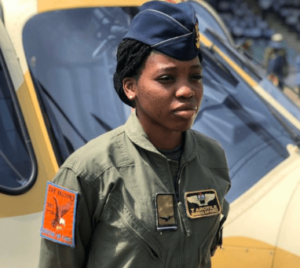 The Nigerian Air Force, through a statement signed by their spokesman Ibikunle Daramola, has revealed that it has handed over three suspects involved in the death of flying officer Tolulope Arotile to the Nigerian Police.

According to the Nigerian Air Force, the three suspects were former classmates of the late Tolulope Arotile whose names are Mr. Nehemiah Adejoh, Mr. Igbekele Folorunsho and Mr. Festus Gabyegun.

Officer Tolulope Arotile, who was the first female combat pilot in Nigeria, died after sustaining head injuries when a car reversed and hit her at the Air Force base in Kaduna. She was buried yesterday with full military honours.