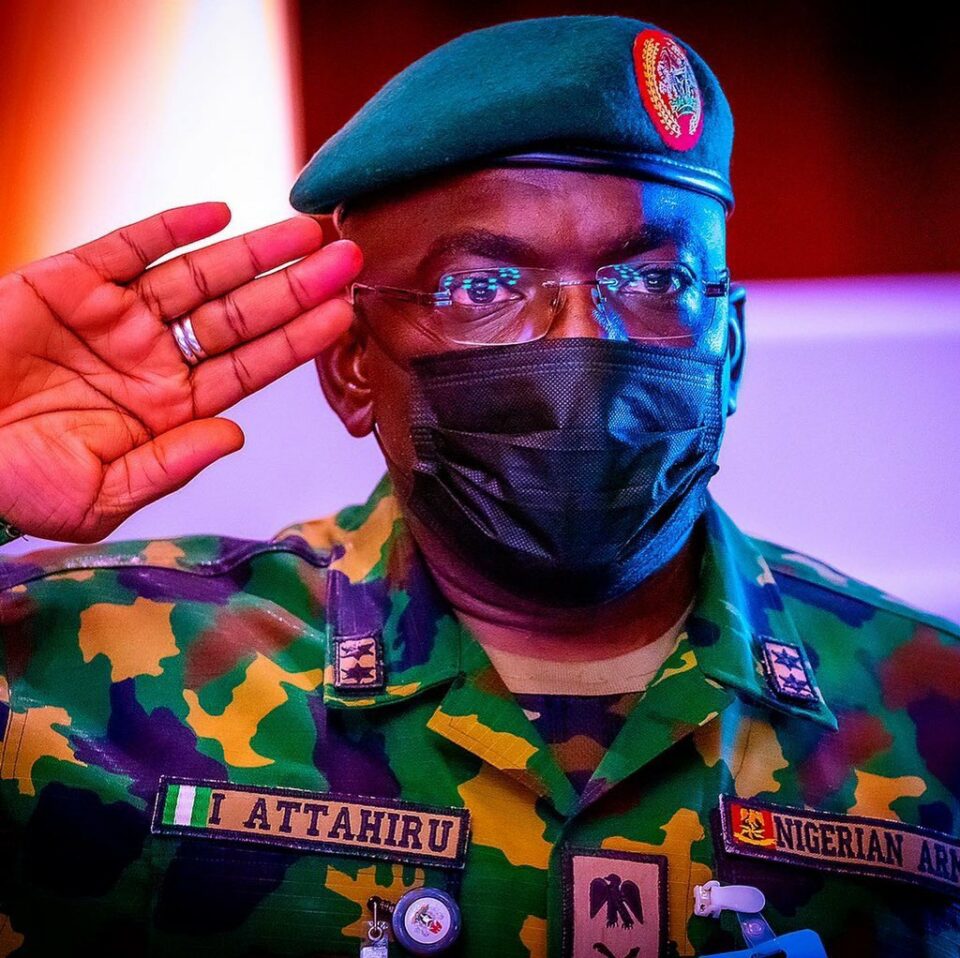 Chief of Army Staff, Ibrahim Attahiru has died in a plane crash while on an official trip to Kaduna.

The Nigerian Air Force confirmed the development in a statement made available to newsmen.

The statement signed by Edward Gabkwet, the force’s Director of Public Relations and Information reads;

“An air crash involving a @NigAirForce aircraft occurred this evening near the Kaduna International Airport. The immediate cause of the crash is still being ascertained. More details to follow soon,”

According to sources, General Attahiru and other 7 top ranking Nigerian military officials perished in the crash.

He was born on 10th August, 1966 in Doka, Kaduna North Local Government Area, Kaduna State. Attahiru was a member of Regular Course 35 of the Nigerian Defence Academy with service number 8406.

Video Footage From The Scene Of The ...