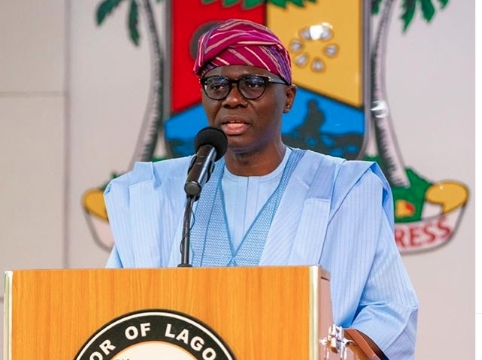 The Lagos State Governor, Babajide Sanwo-Olu, has endorsed the recommendations of the visitation panel to the Lagos State University (LASU), Ojo, including the dissolution of the institution’s Adebayo Ninalowo-led governing council.

Mr Sanwo-Olu, who had been in dilemma since the panel, headed by the Pro-Chancellor of the Ekiti State University and former Vice-Chancellor of Obafemi Awolowo University, Ile-Ife, Bamitale Omole, submitted its report on May 10, took the decision on Friday.

Other members of the visitation panel are a former vice-chancellor of the University of Port Harcourt, Joseph Ajienka; a renowned political scientist, Ayo Olukotun; former Lagos Solicitor-General, Lawal Pedro; former Registrar of University of Ibadan (UI), Olujimi Olukoya, and a director in the state’s public service, Funmilola Olajide, who functioned as the panel’s secretary.

In a statement signed by the commissioner for information, Gbenga Omotosho, the governor listed six adopted recommendations to include governing council dissolution, cancellation of the second selection process, exemption of members of the university’s senate who participated in the failed processes from taking part in the new processes.

The university’s registrar, Olayinka Amuni, has also been asked to embark on compulsory leave pending the conclusion of a new process.

Lady Gaga Says She Was Impregnated By ...