Media personality, Charly Boy has been outed by his daughter Dewy following his recent post over her sexuality.

Dewy, an LGBT advocate in the United States of America, took to the comment section of her father’s post to call him out over his reaction after he found out about her sexuality.

“But just a few days ago ?… you know what never mind, we already did this in 2018. Imma let you post your lil content for your follows??,” she wrote. 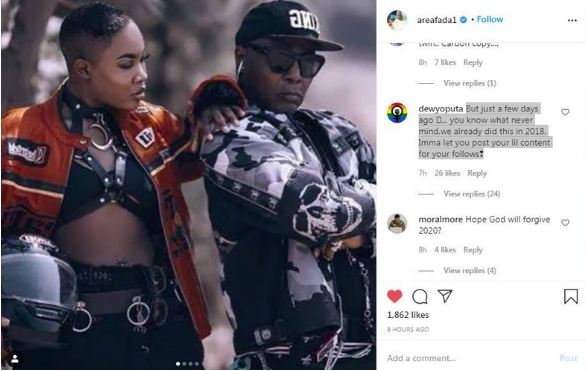 This comes after Charly Boy took to Instagram to talk about his reaction after she openly came out as homosexual.

The singer said after she broke the news, he had so many thoughts including fear of parental failure.