CEO of Gokada, Fahim Saleh, Brutally Murdered in His Apartment 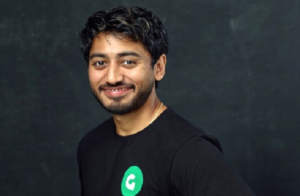 The body of Fahim Saleh, the CEO of Gokada was found decapitated and dismembered at his $2.25 apartment in New York by his sister who went to check on him. NYPD detectives have confirmed through the surveillance cameras that Fahim Saleh was last seen with the suspect, who was wearing a mask and gloves, on an elevator leading to his apartment.

The detectives also recovered an electric saw near his body, which was still plugged in and believed to be the instrument of the crime. The murderer went ahead to cut parts of his body into various pieces and then distributed it around the apartment.

Fahim Saleh was the CEO of Gokada, a motorcycle company in Nigeria and he also brought in his tech companies into Nigeria and Indonesia, amidst other underdeveloped nations. He was just 33 when he died. The detectives have started hunting for the killer of the self-made tech entrepreneur. May his soul rest in peace.