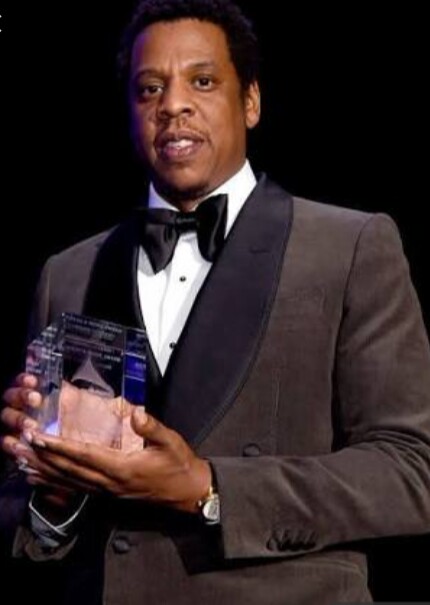 The rapper is making the number one position on the competitive Forbes list for the first time having overthrown his colleague Sean Combs aka P. Diddy.
It is, in fact, the first time in the list’s seven-year existence that Diddy hasn’t been No. 1.
Forbes says Jay-Z, Diddy and Dre are not only the wealthiest hip-hop acts on the planet, but the richest American musicians of any genre.
Jay Z raked in $900 million in the past year, a huge bump from the $810 million he made the year prior that earned him the No. 2 spot on Forbes’ 2017 list.
Jay Z’s net worth increase is due to his many business endeavours including his label Roc Nation, streaming service Tidal, ventures with spirits brands Armand de Brignac and D’Ussé, among others.
In arriving at its list, Forbes says it valued major assets, examined financial documents, and spoke with analysts, attorneys, managers, other industry players and, in some cases, the moguls themselves.
closely in second place is the usual ruler of the list, P. Diddy, $825 million to his name. Diddy garnered his near billionaire status from his multiple business ventures including his Ciroc Vodka deal, Revolt TV, and the growth of his DeLeon Tequila brand.
Last year, Forbes named Diddy as the highest paid musician of 2017 with $130 million in earnings.
Dr Dre, Drake and Eminen also join the two moguls on the Forbes Five: Hip-Hop’s Wealthiest Artists 2018 list.

Dr. Dre lands as number three with $770 million while Drake and Eminem tie at $100 million
This is Eminem’s first time on the list, replacing Birdman, the Cash Money boss, who fell below the $100 million mark due to some liquidity issues.