Why I was Arrested – Bobrisky 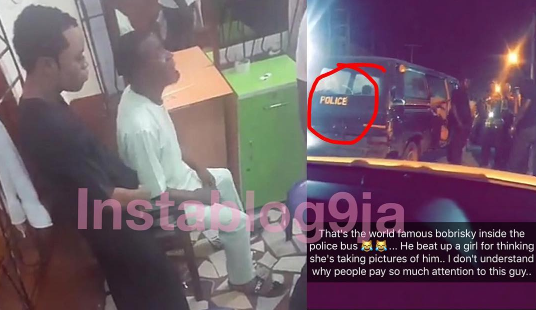 Social media sensational cross-dresser, Bobrisky has spoken up on why he was arrested. Reports had emerged some hours back that the male Barbie was arrested for assaulting a girl.

He however took to his Snapchat to explain what happened. He revealed that he went to the mainland , and while he was there, he decided to visit an hairdressing  salon.

While in the saloon, a certain started taking his pictures without his consent. he warned her to stop, but she wouldst listen. This made him give her a punch.

In his words:”She was filming me after I said don’t film me. She started accusing me and cursing me. I stood up and gave her a punch. She called area boys to beat me up”.

Ali Baba was only joking about my ...