None of Shagari, Babangida, Obasanjo, Jonathan has been Paid this Year – SGF 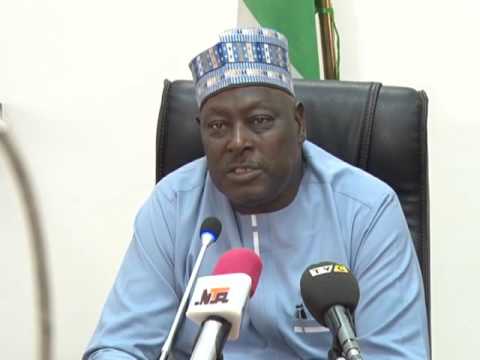 Report has it that the salaries and allowances of former presidents Goodluck Jonathan, Olusegun Obasanjo, General Ibrahim Babangida, and Alhaji Shehu Shagari have not been paid since January this year.

This revelation was made known when members of the Senate Committee on Federal Character and Inter-Governmental Affairs visited the Office of the Secretary to the Government of the Federation (OSGF).

The SGF, Mr David Lawal Babachir said the former presidents have not been paid due to the unavailability of funds in Service Wide Votes.

Babachir told the committee members, “There is a department responsible for payment of former Presidents. Presently funds are not available in Service Wide Votes to do that. We are aware that there was a protest in Bayelsa State that former President Goodluck Jonathan was not paid, but we have explained that he is not the only one affected.

“Others affected are the Inter-religious council, traditional rulers council and so on. For some reason, we have been writing and writing, but there has been no response. And there is presently no money to pay them.

“The budget for this year’s democracy day was N33 million and we had to do it on credit, we are yet to pay. There are lots of retreats which ought to be organised but there is no money to do any. The last time we got any release was in August.”

The committee led by Senator Tijani Kaura (APC, Zamfara North) expressed displeasure at the development, as it called for an immediate solution to the problem describing it as “most unfortunate.”

Vice Chairman of the committee, Senator Suleiman Hunkuyi, described the non-payment of former presidents as abnormal.

Hunkuyi said, “What we have seen here is an abnormality. Before referring any matter to the National Assembly, it is a function of the executive to appropriate funds. Therefore, the SGF should understand that there is something wrong in this office that must be addressed.

“There is no way you can run the expenses of this office without cash backing. We definitely have to draw the attention of the budget office and ministry of finance to the problems.”

Another senator, Aliyu Wamakko, also criticised the non-payment of former presidents by the office of the SGF.

Wamakko said, “We can understand if former President Goodluck Jonathan has not been paid because he just left office. But for someone like Shagari, who lives from hand to mouth is something I can’t understand. This development is really unfortunate;  It doesn’t indicate seriousness, and it doesn’t indicate fairness.”

The SGF in his response said, “When I got into this office, there was a lot of money on this account, but there was no Treasury Single Account.”

He said, “Before the government left office, they jacked up salaries. We told former President Jonathan and Obasanjo that they cannot earn twice what the others were earning. So we told them we wanted to review it, and we did. So they now earn what the others earn as well.

“When I came into office, there was N1.5bn in the account. We had payment of all liabilities which came to 700 million. Then we wrote to the President to return what was left to the TSA. That was how we came back to a zero balance.

“It is painful to me because as a person I know all of them (Ex-Presidents) personally. Now, why have we not been able to get the money? We requested for a budget of N700 million complaining, but the President has his way of doing things.”