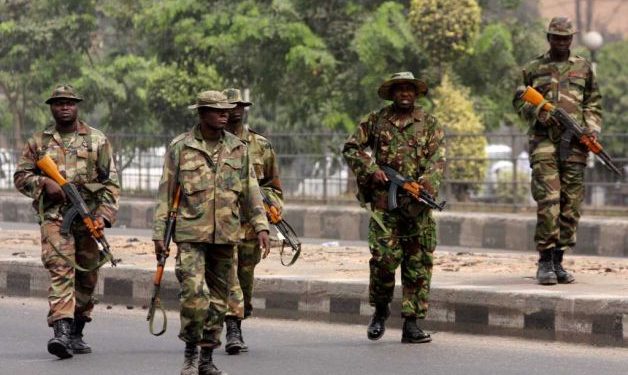 GOC 81 Division, Maj.-Gen. Isidore Edet, has today disclosed his division arrested about 37 suspected Boko Haram terrorists in Lagos and Ogun States within the last 15 months. The outgone General Officer Commanding  disclosed this in Lagos while handing over to his successor.

Edet said the Division, under his watch, arrested the terrorists in different parts of the two states.

“As Boko Haram is being defeated, the terrorists run to other parts of the country. From the period I took over in August 2015 till date, we arrested 37 Boko Haram suspects.

“We will continue to arrest them and hand them over to the appropriate authorities,’’ he said.

Edet said his most challenging moment as GOC 81 Division was the abduction of three of his operatives by militants in Ijagemo Area of Lagos.

“I had to work round-the-clock to secure their release,’’ he said.

On pipeline vandals at Arepo area of Ikorodu, the outgone GOC said the Army worked collaboratively and cooperatively with other security agencies to rout the vandals from the area.

Nigeria has the Highest Number of Internet ...