Admin
0
A Ghanaian politician has taken swipes at the All Progressives Congress chieftain, President Muhammadu Buhari for allegedly running Nigeria aground after taking over from Dr. Goodluck Ebele Jonathan almost two years ago. 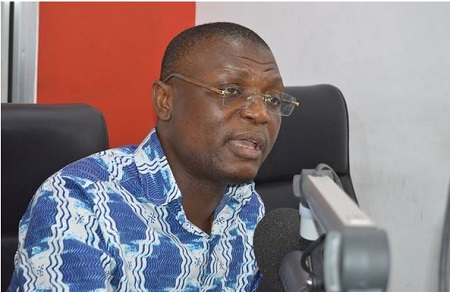 Kofi Adams
President Muhammadu Buhari’s name has been reportedly dragged into Ghanaian politics to describe the ’empty promises’ made by politicians to selfishly sway voters during election campaign exercises.
According to a report by Ghanaweb, the National Organizer of the ruling National Democratic Congress (NDC), Kofi Adams, has admonished Ghanaians not to make the same mistake as Nigerians, who have regretted voting out former President Goodluck Jonathan, Ghanaweb reports.

“President Buhari in his maiden speech asked Nigerians not to expect any change from him culminating in his abysmal performance as he has succeeded in running down several policies and initiatives introduced by his predecessor. He has plunged Nigeria into serious economic hardship”, Kofi Adams said.

He said it will be suicidal if Ghanaians find themselves in similar situation by mistakenly voting the Manama led administration out of office.

“In order to make fair development comparisons between the NDC and NPP, it is expedient for Ghanaians to renew the mandate of the Mahama-led administration come December 7,” he observed.

Several Ghanaians particularly sympathizers of the opposition NPP are yearning for change, making inference to their Nigerian counterparts.

My Husband was a Very Jealous and ...