Admin
0
Muyiwa Oyinlola of the Leadership newspaper recently had a parley with the current most popular gubernatorial candidate in Ondo – Oluwarotimi Odunayo Akeredolu who is contesting under the banner of the All Progressives Congress, APC.
Akeredolu popularly known as Aketi is presently focused on the November 26 gubernatorial election after a so-far successful reconciliatory process to bring aggrieved party members to the table.
He brilliantly opened up on a grand economic plan to fix the deficit left behind by the almost 8-year administration of Governor Olusegun Mimiko.
Read excerpts from the interview below:
If you eventually emerge winner of the forthcoming election, what should the people of Ondo State be looking forward to as your cardinal programme(s)?

Aketi: My cardinal points are five. I call it JMPPR. J is for Job Creation Through Agriculture, Entrepreneurship and Industrialisation. M stands for Massive Infrastructural Development and Maintenance. The third one is Promotion of Functional Education and Technological growth, followed by Provision of Accessible and Qualitative Health care and Social Services Delivery, while the last R is for Rural Development and Community Extension. The first programme is strongly attached to the last one, which I have said is going to be my legacy to the people of Ondo State.

With your second programme, do you mean to continue with the Mimiko-led administration projects?

Aketi: Government is continuum.  It is not about the personality or individual involved, once the project(s) in question is/are viable and beneficial to the people of Ondo State, my administration would maintain or complete them as the case may be since doing otherwise would amount to wasting the state resources. We would never tolerate and/or encourage wastage because it is a form of corruption and thus criminal. 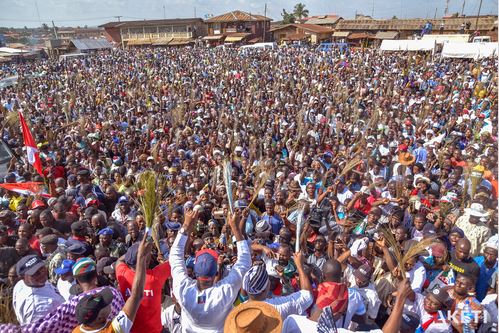 Your emergence as candidate of the APC for the forthcoming governorship election in Ondo State almost tore your party apart going by the outburst of one of its national leaders, Asiwaju Bola Tinubu, describing the exercise as a charade and calling for the resignation of national chairman of the party. Don’t you see this development as a bad omen for the fortunes of APC?
Aketi: I know that APC will win the election God willing, I have never had any doubt. As for the statement credited to Tinubu, all I would say is that the chairman of the party has given adequate response. So, the party is united. Opinions of individuals do not influence the party because it (the party) has picked its candidate and sent his name to INEC. Whatever dust raised in the primaries should be settled by now.
So, for anybody trying to raise further dust is not going to help the party. Just like the national chairman of the party has said, the time has come for all of us to come together as one and the leaders to see themselves as one family for us to win the election because people of Ondo State are looking forward to APC and we cannot afford to lose this rare chance. The party has taken an irreversible position as we are running and we are running to win.

NNPC Chef Who Ran Away with His ...