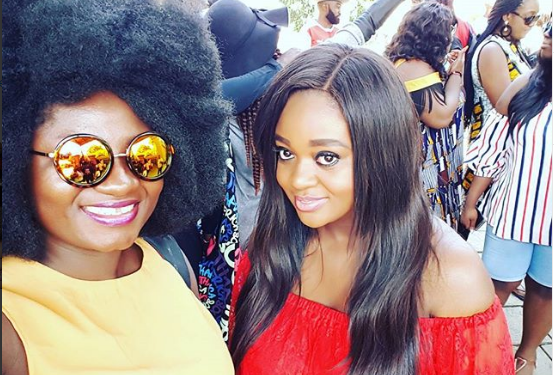 From dread to glam

After a quick breakfast, we began the trip into Johannesburg. I napped a bit on the way since I had a short night after returning from our post-dinner outings last night.

The scariest 5seconds of my life

Our first stop was at Gold Reef City – a Gold–themed amusement park. Part of the group from Ghana and Nigeria went on the Golden Loop ride and it was really scary. The ride took about 5 seconds and it was the scariest thing I have ever done.

After the experience, I felt dizzy for some minutes before I could get myself back.

It was a good experience because now I can tick that off my bucket list.

We later went into the township in Johannesburg which is Soweto. We passed through the stadium and Orlando East and finally arrived our destination, Vilakazi Street. Vilakazi Street is the home of Archbishop Desmond Tutu and former President, Nelson Madiba Mandela.

We walked the street and also visited the Mandela’s House which attracts a lot of tourists around the world. It was such a privilege to visit again.

We finally left Soweto back to Johannesburg to prepare for the MTV MAMA 2016 awards.

Time came for us to leave for the show and we left in grand style. South African Tourism definitely know how to treat guests right. We left in a limousine from African Pride Hotel in Melrose Arch to The Dome, Randburg. Our entry was grand.

This year would be my first time attending the awards and it was a privilege.
Aside doing live feeds on social media, we also met with top executives, media personalities and CEOs at the awards.

The event also broke a new record – 3 female personalities hosted the awards together for the first time ever. It was a rare opportunity to see women do their job while the whole of Africa, and the world indeed, watched.

Bonang pulled it off well despite the fact that I was skeptical about her hosting the awards. Bonang came prepared and Africa saw that in her delivery.

Yemi Alade won my heart again. She killed every part of the show; from the red carpet to the hosting and her performances.

Nomazo did a good job too.

The show was a spectacular one this year. The only thing that fell short was the duration for performances. I feel guests were denied the opportunity to truly enjoy the artistes who came on stage to perform. But then again, another school of thought would say, ‘less is more’.

The MTV MAMA 2016 ended on the high note of singer Future’s performance. But I couldn’t help wondering why he performed in his red carpet outfit. Does anybody know why?

Ubi Franklin buys a car for his ...