He shoots, he scores: Iheanacho is Europe’s most clinical striker 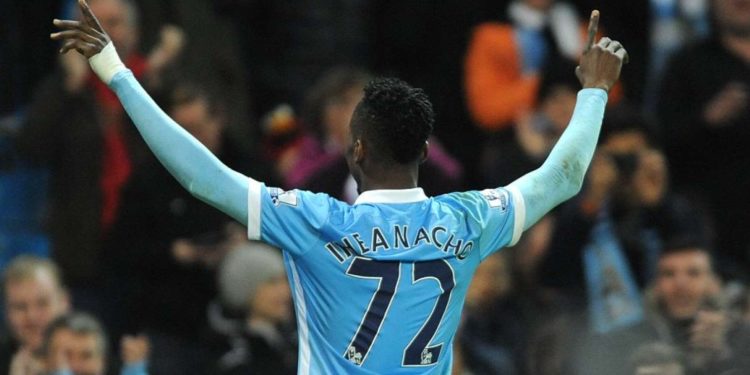 Kelechi Iheanacho has made waves since debuting for the Manchester City first team in the 2015-16 season. He’d never played a competitive game of football and even had minimal experience in the English youth system after City signed him from Nigeria’s Taye Academy in 2014.

However, the teenager made an instant impact and scored a memorable last gasp goal for the Blues against Crystal Palace in September 2015. Since then, goals have come regularly for club and country, and according to the BBC, Kelechi is Europe’s most clinical striker (with a minimum of 10 goals) since August 2015. 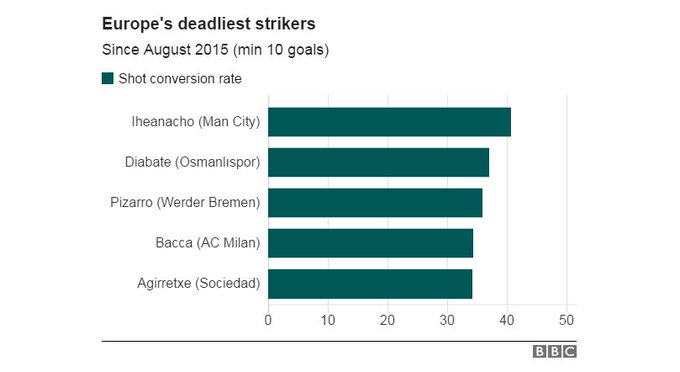 He shoots, he scores!#ManCity‘s Kelechi Iheanacho is top of the scoring charts in Europe. http://bbc.in/2eHUqxZ  #PremierLeague#MCFC

Iheanacho, who salvaged a point for City yesterday against Southampton, has a better shot conversion rate than any other player. Despite many of his appearances being late cameos off the bench, the Nigerian international already has 18 goals for the Manchester City first team and only left his teens earlier this month. The future looks bright for the City youngster!