I Would Have Been A Professional Footballer – Praiz 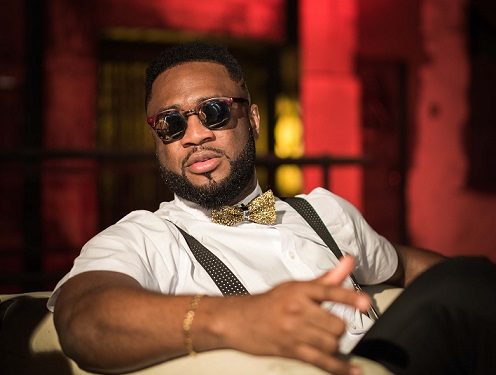 Praise Ugbede Adejo, born 8 March 1984 and known by his stage name Praiz, is a R&B songwriter, producer and singer. Praiz’s music career hit the limelight after he finished second runner-up at the maiden season of Project Fame West Africa.  He is best known for releasing hit singles like “Rich and Famous”, “Sisi” and “I Love You”. He contributed guest vocals to Bez’s 2011 single “That Stupid Song”; the music video for the aforementioned song went on to be the first African video to make a world premiere on BET’s 106 & Park. He is currently signed to X3M Music.

In an exclusive interview with OSG, Praiz takes us in his world.

OSG: You’ve come a long way since you won the maiden edition of MTN’s Project fame, has your journey so far been what you expected or has it surpassed it? In what ways has it?

PRAIZ: Hahahaha!! First of all thanks for considering me a winner. But I was the 2nd runner up at the maiden edition. My journey has been an amazing one. It’s the perfect definition of growth.

TBH my expectations in some aspects have been surpassed like having my own day in a foreign country. I never ever saw that coming.

But I have always believed in my abilities and knew one day I’d win awards and make a good income from my craft.

OSG: What has been the biggest highlight of your career so far?

PRAIZ: It’s impossible to state the highlight of my career cos I don’t despise achievements even at little beginnings. As I grow I have had achievements in every phase of my career, from performing alongside Grammy award musicians, to winning awards to endorsements and proclamations.

OSG: Which career path apart from music will you take if you’re asked to choose?

PRAIZ: Lol definitely being a soccer player. The money in soccer is too long lol

OSG: If you were asked to do just one thing for the rest of your life, what would it be?

PRAIZ: I’m think in doing it already and that’s music lol. I love what I do and there is no greater joy than to be paid for what u love to do.

OSG: If you’re stranded on an island, what three things would you have with you?

PRAIZ: Three things I’d have with me on an island if I was stranded would be food , the love of my life, and drinking water… Lol not sea water

OSG: You just released a single titled “69”, can you tell us what inspired the number “69” and the gist behind it?

PRAIZ: I just dropped a new single called 69 featuring Burna boy and ikechukwu .. It’s an organic recording which was produced by me. We just decided to make a record that was arty and different from the norm.

It’s a song that talks about intimacy

OSG: What are your plans for the future, career-wise?

PRAIZ: Working on two projects right now, one which will drop this year and the other in February .. Also planning concerts in different countries in Africa.

Playing for Nigeria still amazes me – ...