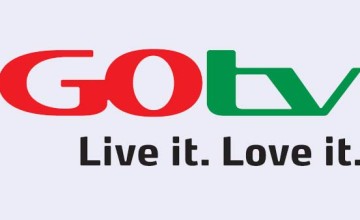 Harvey Beaks: Who knew a blue bird could have so much fun? Young Harvey Beaks lives in Bigbark Woods with his parents and gets up to all sorts of misadventures with his wild friends, Fee and Foo, in new episodes. Watch as Harvey does all he can to delay adulthood as he approaches his 10th birthday, Stay tuned to find out what happens everyMonday from 5 September at 13:50 CAT

Woman of Steel: wedding is blighted by violence and tragedy when hit men strike, kidnapping Sara, leaving her father dead and trying to kill her husband. Why? Sara insists that Vicente didn’t leave her any money, but Junio tells her that her husband really did steal the cash. Sara is attacked by Indio’s men. Sara manages to escape by using the Guadalupe Virgin parade as cover, but Capi finds her again and follows her. Indio threatens Junio at the hospital. Premieres weekdays at 20.30 CAT from Monday 5 September.

All roads lead to love: 1 September, A furious Eva feels betrayed when she learns that Pablo and Betty were lovers. Marlene seduces Armando, and he argues with her about Fabiola. September, Armando tries to humiliate Eva. Soraya fights with Marlene. Adriana sends Bobby a selfie. Bobby asks Robert for money to go to Las Vegas. The police ask Evencio to leave Carmen’s house. Pablo refuses to talk to Betty because of what she did to Eva. Andy takes Adriana partying. Premieres weekdays at 17.10 CAT.

World’s Funniest: New side-splitting one-hour series is inspired by the hit YouTube channel – a compilation of videos showing funny pranks and comical fails from around the globe, including everything from dogs cocking legs on brides, to kids cows riding in the back of cars. Each week a panel of celebrities and comedians will analyse the videos that have exploded across the internet, with the goal of awarding the funniest one with the “Golden Terry Award”. It promises to be non-stop laughter and fun for the whole family. From Friday 2 September at 20:10 CAT.

Disney Cookabout Launch (Premiere): In this brand new series, kids learn about the different ways and processes of cooking! Tune in for Disney Cookabout launching as part of Thank Disney It’s Thursday on the 8 September at 18:40 CAT!

Bitesize Breakfast Block: To make breakfast and getting ready for school become more exciting Disney Junior will be introducing morning shorts of some of your favourite shows. Now you get to meet up with more of your Disney Junior favourites before school! Featuring splits of Goldie & Bear, PJ Masks, Jake and the Never Land Pirates, Doc McStuffins and Miles from Tomorrow. Weekdays from 5 September at 07:30 CAT.

Afternoon Adventures: Whether you want a trip into space or to help change the seasons in Pixie Hollow or sail the Never Seas aboard Bucky we’ve got you covered this September with 6 journeys a day with some of the most adventurous Disney Junior friends. Featuring The Adventures of the Disney Fairies, Miles from Tomorrow, Sofia the First, Jake and the Never Land Pirates, The Lion Guard and Goldie & Bear. Tune in weekdays from 5 September at 14:20 CAT.