The Toronto International Film Festival® today announced Elfike Film Collective’s ‘The Wedding Party’ will premiere on its prestigious opening night as a selection of the Spotlight City to City programme. The premiere scheduled for Thursday, 8th of September 2016 will hold at the historic Elgin Theatre. The Kemi Adetiba directed romcom stars some of Africa’s biggest stars led by Richard Mofe-Damijo, Sola Sobowale, Alibaba, Iretiola Doyle, Banky W, and Adesua Etomi, with the stars of the film expected to attend the premiere. 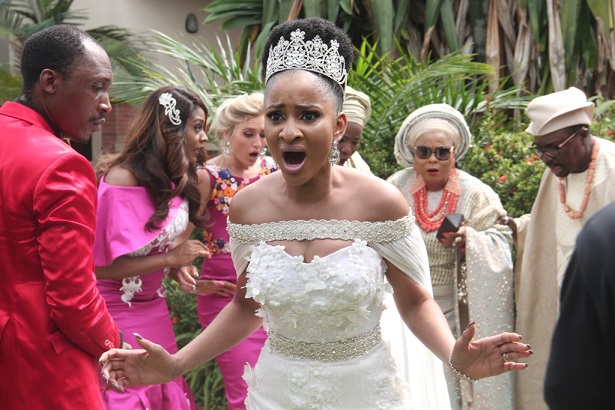 “We are pleased to welcome The Wedding Party by award-winning filmmaker Kemi Adetiba to the Festival, and are proud to present it to a global audience,” said Cameron Bailey, Artistic Director of the Toronto International Film Festival. “Adetiba has delivered an exciting character-driven film on a grand scale, while putting her own unique spin on a familiar genre.”

According to Executive Producer, Mo Abudu “This will be the second time an EbonyLife movie is selected to screen at an International Film Festival of great repute, TIFF’s selection of ‘The Wedding Party’ is a true honour. I can’t think of a better place, or a better global audience for the film’s festival Premiere.” 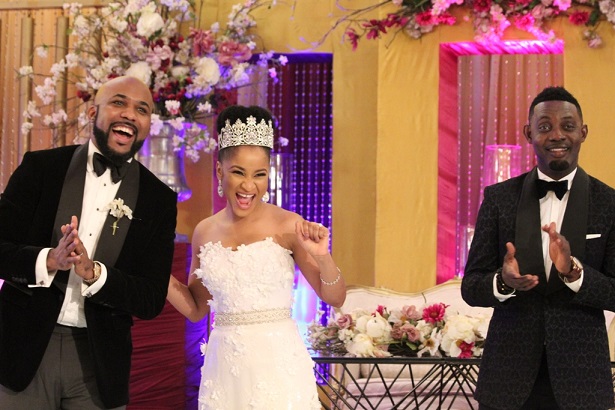 Written by playwright Tosin Otudeko and Kemi Adetiba, ‘The Wedding Party’ is an Elfike Film Collective production – a first of its kind initiative designed to raise the bar in African storytelling through unrivalled technical achievement in filmmaking and creative media arts. Elfike Film Collective is a collaboration of Africa’s leading powerhouses – EbonyLife Films, FilmOne Distribution, Inkblot Productions and Koga Studios. It is the first time industry giants will partner on a film project and with TIFF’s recognition is proving that Collectives can grow and prosper the continent’s film community.

Set in Lagos, Nigeria, The Wedding Party is the story of Dunni Coker (Adesua Etomi), a 24 year old art gallery owner and only daughter of her parents about to marry the love of her life, IT entrepreneur Dozie (Banky W). The couple took a vow of chastity and is looking forward to a ground-breaking first night together as a married couple.

The Wedding Party’ will take guests on a journey to the rockiest wedding day in Nigeria’s history. Wedding guests will have to take their seats and see whether the wedding planner succeeds or if the groom’s ex-girlfriends will disrupt the day’s proceedings. One thing is certain ‘The Wedding Party’ will be the talk of the town.

The 41st Toronto International Film Festival runs from the 8th to 18th of September, 2016. The Lagos International Premiere of ‘The Wedding Party’ which will hold at The Landmark Centre in November 2016 and promises to be an unforgettable night of pomp and pageantry.

For more information about The Wedding Party, visit www.theweddingpartymovies.com and be part of the Twitter conversation, follow us @TWPMovie and/ or Instagram @weddingpartymovie. Official hashtag is #TheWeddingPartyMovie.

The Question Nigerians Are Asking! what is ...