The app will be available worldwide in the next few days, said Justin Uberti, principal software engineer at Google.

Duo switches from cellular service to WiFi, and transitions from high-speed to lower speed wireless service smoothly, promising to let users continue video calls irrespective of their location and service speeds, although video degradation may be apparent on slower services.

A separate account isn’t necessary to sign up for the app — a phone number will suffice.
Duo users can begin a video call with a tap. A preview feature called “Knock Knock” lets Android users preview incoming calls even when Duo is not open. It also allows them to preview outgoing calls. 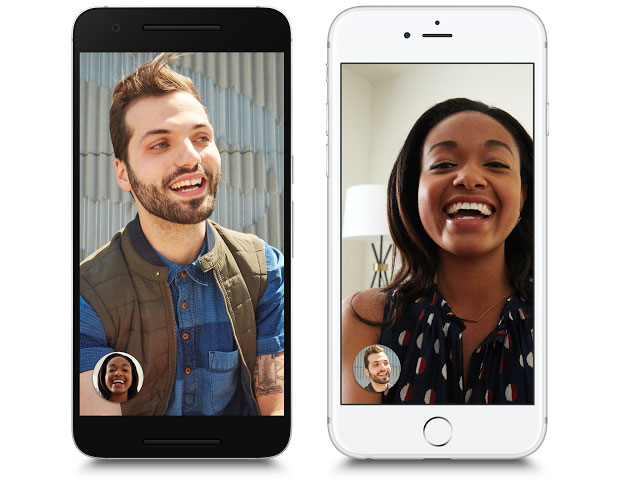 However, it works on iOS only if the Duo app is open, and it doesn’t give iOS users previews of outgoing calls.

All Duo calls are encrypted end to end.

Duo is a barebones app, running only on mobile phones. It doesn’t run on the Web via browsers or other desktop tools.

“Generally, it’s better to keep something like this very simple at the start,” suggested Rob Enderle, principal analyst at the Enderle Group.

“That way you can deliver something that works reliably, and then build up features gradually without breaking the platform,” he told TechNewsWorld. Also, a simple app will “be easy to learn.”

In contrast, Skype runs on PCs, smartphones or tablets, as well as on the Xbox One, PlayStation Vita and several smart TVs.

Google Hangouts — which reportedly has upwards of a billion users — runs on Windows, OS X, Linux and Chrome. It has an add-on for FireFox. It runs on iOS andAndroid, and it supports both one-on-one and group video calls.

It also supports text, IM and SMS; integrates with Google Voice and Project Fi; and allows video overlays and effects.

Video chat and IM client ooVoo links contacts from Facebook and users’ phones, and lets them include up to 12 friends in the same session. It runs on Microsoft Windows, Windows Phone, OS X, Android, iOS and Facebook.

“None of these apps are ubiquitous, and the best — FaceTime — doesn’t work cross-platform,” noted Enderle. “This provides an opportunity for a firm like Google — with the right product — to steal the market with some marketing.”

Skype is “a pain to use,” noted Michael Jude, a program manager at Stratecast/Frost & Sullivan.

“I would think Duo would be a lot more friendly … for casual users,” he told TechNewsWorld. “This could be a real challenge to Skype.”

Users who only want to make video calls might prefer Duo, because additional features offered by other services “complicate the interface and, if you’re simply into one-to-one video, you don’t want all of that anyway,” Jude said.

Further, Duo is platform agnostic, while Facetime runs only on iOS devices, he pointed out. “Conceivably, [Duo] would be appealing to totally mobile users who aren’t keen to use something like Skype for video calling.”

Video calling may not become consumers’ preferred means of communication any time soon, however.

The technology was first demonstrated in the 1950s, was first showcased in the 1960s, and became very inexpensive in the 1990s, noted Enderle, but it isn’t commonly used for three reasons:

People are concerned about being spied on;
They feel they must adjust their appearance before making or taking a call; and
Systems still don’t talk to each other very well or at all.
“Two of these three things aren’t technical, and Google is only partially addressing the last — so I wouldn’t hold my breath,” Enderle said.

“I’m waiting for an operator-provided video exchange that will route video calls from any device to any device,” he said. “Until video is a ubiquitous service that’s platform and OS agnostic, it will continue to be essentially a toy with a lot of overhead.”