Manchester City have signed John Stones from Everton for £47.5m, making him the world’s second most expensive defender.

Stones was earlier named in City’s official Champions League squad, published on the Uefa website before the transfer was confirmed.

“It’s an ambitious club with a great manager so I can’t wait to get stuck in,” said the former Barnsley player. 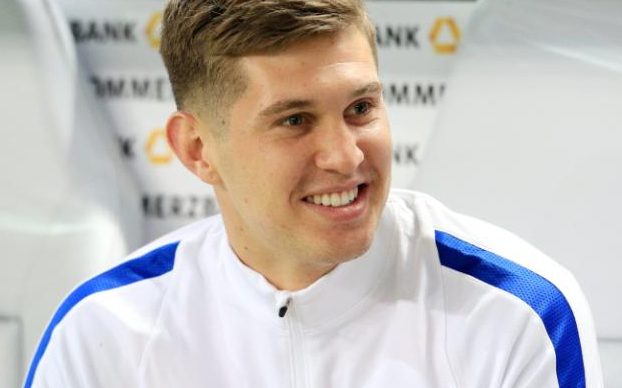 “I know it will be tough getting a place in this team, but I’m determined to become the best player I can be and help us to success.”

In a short statement, Everton confirmed they had received a “record fee” for Stones, who made 95 appearances in three seasons, scoring once.

Championship side Barnsley, the Yorkshireman’s first club, will get between £7m and £9m from a sell-on clause.

Everton, meanwhile, have had a £12m bid accepted for Swansea centre-half Ashley Williams, 31.

The Toffees had rejected a £40m bid for Stones from Chelsea last summer and rejected the player’s transfer request.

Brazil international David Luiz is the most expensive defender in history, joining French champions Paris St-Germain from Chelsea for £50m in 2014.

Last year, City made Raheem Sterling the most expensive English player ever when he joined the club for £49m from Liverpool.