Etihad Airways has joined with DSTV, one of Africa’s leading providers of premium entertainment, to sponsor the winner of The Voice Nigeria, a Nigerian version of the internationally acclaimed reality singing competition.

As part of the sponsorship, the national airline of the United Arab Emirates is providing the winner and their partner with air tickets to Abu Dhabi to experience some of the best entertainment and attractions the capital of the UAE has to offer. The winner will also be provided with four-night’s complimentary stay at one of the city’s leading premium hotels. 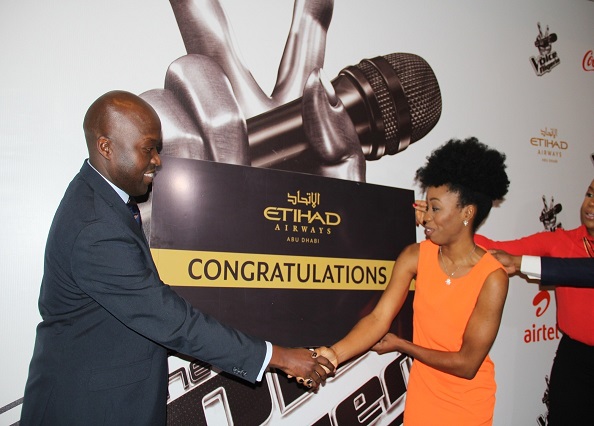 Around 50 of the best singers and bands in Nigeria took part in the competition – which was whittled down in the preliminary stages to a line-up of just eight contestants taking part in the finale, which took place at Sasani Studios, Johannesburg, South Africa on Sunday, 31st July.

Following the closely fought competition, which was determined by public vote and verified by Deloitte, Agharese Emokpae, popularly known as A’rese, was announced winner of The Voice Nigeria.

George Mawadri, Etihad Airways’ General Manager, Nigeria, said: “We are delighted to support the first season of this show, which has proved to be a tremendous hit with the Nigerian public. 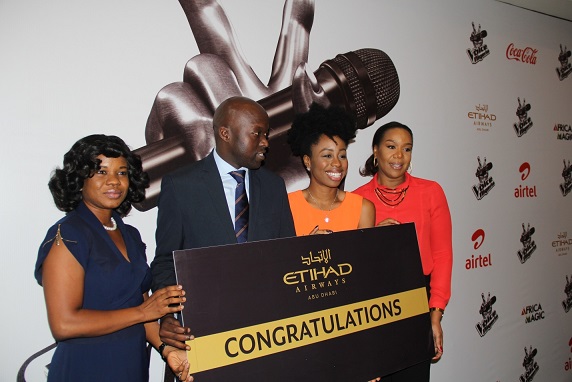 “I congratulate A’rese on winning the competition, and am sure that she and her companion will have a marvellous time when they fly with Etihad Airways, and during their stay in Abu Dhabi.”

Abu Dhabi is a unique and modern city which is fast becoming one of the world’s most exciting cultural and commercial tourism hubs, providing visitors with the opportunity to experience the best of traditional and modern Arabian hospitality.

Etihad Airways launched its service between Lagos and Abu Dhabi on 1 July 2012 and currently operates four-times-per-week using an Airbus A330-200 aircraft configured to carry 254 guests, with 18 in Business Class and 236 in Economy Class.