How Helen Paul helped me in Ghana Must Go – Susan Banjo

Talented actress and singer, Susan Banjo has continued to make headway in her chosen career. The Theatre Art graduate of Obafemi Awolowo University  could be said to have an ace up her sleeve because she has featured in some of Nollywood’s blockbusters such as Surulere, The Final Say, Civilian Barracks (TV series)  Unayi Health Center (TV series) and recently Ghana Must Go.

Banjo Temitope Susan is a trained Theatre Artist.  She is also a costumier, makeup artist, scriptwriter, content producer, director, TV presenter and an entrepreneur. Susan is a bundle of talents and skills.

Susan prides herself as born again Christian who always wants to please God. 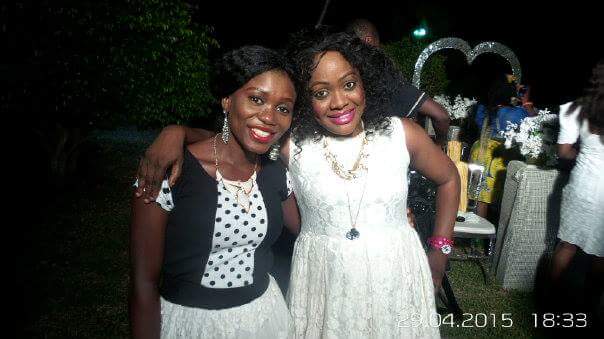 Also, she costumed for Thespian Family Theatre Production in their play, ITAN  and also done some couple of productions where she acted majority as an Orchestra member.

Recently, she was given a role in new comedy movie, Ghana Must Go which is produced by Vyonne Nelson.

She had also recorded Soundtracks for some Yoruba movies and TV programmes, and she has done a couple of radio jingles.  She equally wrote the screenplay for the movie  titled LIFE, produced by Gbenga Muritala of Studio85 productions.

Personalities you have worked

“It was a great experience and I am really grateful to God and Helen Paul.  That was actually my first time of traveling out of Nigeria and Helen Paul paid for the trip.  I didn’t plan to act because I followed as a personal assistant and she insisted I do some acting.  Thank God I did!  It was fun meeting beautiful Ghanaians and working with the talented and funny cast.  The script is actually well written and very funny.”

“Sister Tope is a Gospel comedy series that highlights some intricate issues in relationships and everyday life.  It aims to entertain, educate and enlighten the audience using comedy as a genre.”

About her coming single, Iba

“My official first single Iba… Sincerely I am excited about it and grateful for the opportunity to be chosen by God and inspired by Him.  God inspired the song about two years ago and it’s amazing that I got the full song without sitting down to compose.  IBA is highly inspirational and it also reflects the magnificence of God.  It’s really a song that takes you into the presence of God.

Many thanks to my producer RockyTee who gave it more life and of course the collaboration with Omolayo of project fame made it more spiritual.  Sincerely,  I have never been more comfortable doing a collabo.”