The Business of Short Films with Yomi Black 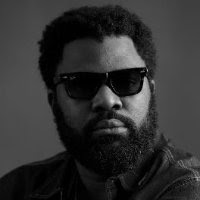 Long before insta gram existed and the rise of other social media
platforms, a gentleman and his formidable team began to create content
that would change the way we watch things. Gone are those days where we
had to wait for our favourite TV programs to start, now, everything is at
our finger tips.

Those fingertips are now making monies for people who think ahead, people
who use statistics to calculate where they choose to spend their money
when it comes to either advertising and or marketing. In a world where you
can see how many people actually clicked to view your videos or images,
analytical investments are more calculated.

Lets go back to this gentleman we mentioned earlier, his brand was so
intriguing we had to conduct our own findings and its not just our words,
the figures on how he acquires his audiences attention is mind blowing.

In 2013, the viral video of the famous skit entitled – The Lagos Big Girls
Game (as seen below) was number 3 on YouTube “rewind” as well as on the most
watched video list in Nigeria.

Other huge numbers and highlights under the Black Studios belt included
product placement strategy execution for brands like Porsche, Car Ink,
Nokia and U-wantit.com in 2014 after which the studio was immediately
drafted to create 56 whopping videos for Access Bank in 2015 which till
date is still the “most watched viral content” on the platform. These
figures caught the eye of decision makers on Cheki.com.ng which prompted a
deal with Black Studios that generated 15 percent more traffic to the
site.

Fast forward to 2016, one of the viral videos released by Black Studio’s
camp included this special feature with Toyin Aimakhu, in this age of
viewership tracking capabilities, this video has accrued over 770’000
views on various platforms.

These figures in viewership, product placement opportunities and other
such related matters will assist any brand with matching target audiences
to generate more “awareness” for their brands. Nowadays, the social media
has indeed added an extra revenue angle to forward thinking creative
minds.

We had to get a statement from the Creative Director and Founder of Black
Studios, Yomi Black, to obtain his views on Comedy as a whole and the
impact of social media on his content creation. “Times have changed and
consumers have a new way of consuming content, everything is now quick and
fast and people are craving content on the go” says Yomi Black, that is
why we will continue to find new ways to engage their mind through our
series of short films”.

When asked about future plans for he studio and how the much talked about
first film production from the Black Studios stable is going, he informed
of that big things are in the pipeline for the film release in November.
As for the industry, we will continue to watch and we will continue to
crunch numbers.

” We will release our first film “Bandits” in November 2016″….says Yomi
Black…