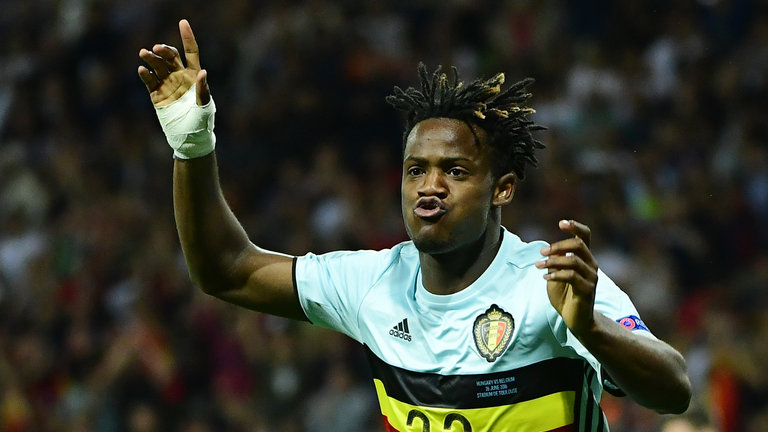 Batshuayi, who is currently away on international duty with Belgium at Euro 2016, has been linked with a host of Europe’s top clubs after scoring 17 goals for Marseille in Ligue 1 last season.

The 22-year-old was given special dispensation to leave the Belgium camp by head coach Marc Wilmots and was met by Chelsea’s team doctor in Bordeaux ahead of a £33m move to Stamford Bridge.

He passed his medical on Wednesday afternoon and the player’s camp is confident a deal will be wrapped up by the weekend.
Batshuayi has attracted offers from West Ham and Crystal Palace while Belgium team-mate Toby Alderweireld said that he hoped the forward would join him at Tottenham next season.
However, Batshuayi is now expected to become Antonio Conte’s first signing as Chelsea manager despite the club not being able to offer European football.
He was due to appear at Belgium’s news conference on Wednesday afternoon but was pulled out shortly after midday at the request of Marseille.