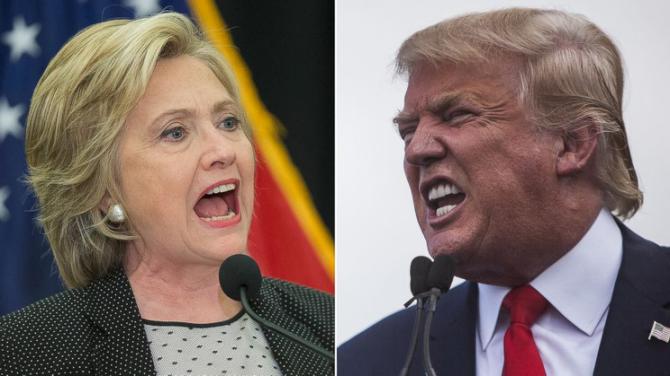 Hillary Clinton issued a one-word response after Donald Trump asked to be shown anyone who is a better friend of gay people than he is.

Trump was previously a lukewarm supporter of LGBT rights, but has changed his stance repeatedly during the campaign in a bid to appeal to the broad Republican base.

But Trump – who claimed in a speech this week after the Orlando massacre that a victory for Hillary Clinton would lead to the mass murder of gay people across the US – has repeatedly claimed this week that he is a “friend” of the LGBT community.

The former Secretary of State has near-unanimously swept up endorsements from national LGBT organizations, many of whom point to her comprehensive manifesto of detailed LGBT policies.

Speaking about the terrorist attack earlier this week, Clinton said:  “I join Americans in praying for the victims of the attack in Orlando, their families and the first responders who did everything they could to save lives.

“This was an act of terror. Law enforcement and intelligence agencies are hard at work, and we will learn more in the hours and days ahead. For now, we can say for certain that we need to redouble our efforts to defend our country from threats at home and abroad. That means defeating international terror groups, working with allies and partners to go after them wherever they are, countering their attempts to recruit people here and everywhere, and hardening our defenses at home. It also means refusing to be intimidated and staying true to our values.

“This was also an act of hate. The gunman attacked an LGBT nightclub during Pride Month. To the LGBT community: please know that you have millions of allies across our country. I am one of them. We will keep fighting for your right to live freely, openly and without fear. Hate has absolutely no place in America.”

My message to Mr Trump, not everything should be exploited for cheap political points. When talking today, always remember your comments of yesterday.

Please leave your comments below, let us discuss what you feel.

Nigerian lawmakers who patronized prostitutes: Another side ...