Participants at the second series of Chris Ihidero‘s StoryStory Masterclass arrived with of hope reflective of the dozens of testimonials that came the way of the first series which held in October last year.

40 storytellers were selected to be part of the workshop as opposed to the 35 that was earlier announced. The selected participants are drawn from varied industries, including photography, filmmaking, public relations, media, writing, poetry, blogging, and marketing.

The first day saw, Chris Ihidero take the attendees through the basics of crafting a good story before stepping aside for writer and television content producer, Victor Sanchez Aghahowa to also educate the participants. Tinsel head writer, Nkiru Njoku was also present to share her own wealth of knowledge with them. At the end of the day, the participants had been introduced to the realities of some of the processes involved in great storytelling. 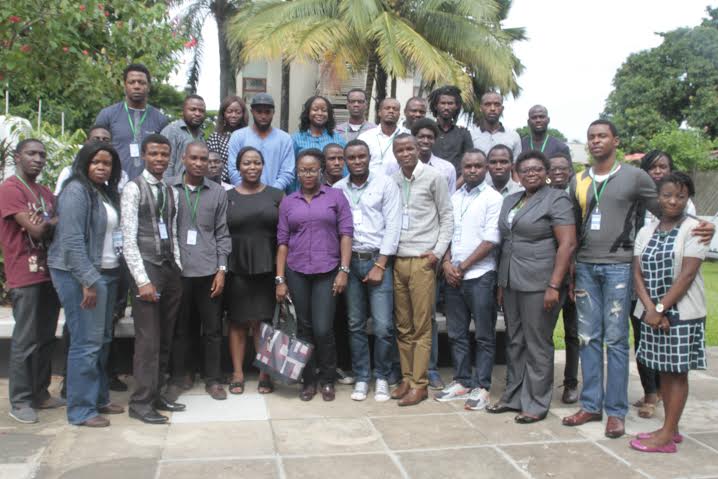 On the second day of the workshop, the few other participants who could not make the first day joined up with the others for another rich master class. Content producer and SMAT Media CEO, Emma Uduma was on ground to share his experience, especially about producing MTV Shuga in Nigeria.

The master class came to a close on Wednesday, June 1 with the participants learning more skills of storytelling as directors as well as how to make use of today’s digital tools from film and television director Olufemi Ogunsanwo and PR guru, Ayeni Adekunle Samuel.

Chris Ihidero’s Story Story is an intervention capacity development workshop series that is aimed at helping professionals in the Nigerian creative industry reawaken their ability to tell better stories, accurately by highlighting engaging principles that make a story alluring to the audience.

The free three-day workshop held from the 30th May to the 1st June 2016 at British Council in Ikoyi.

Tamar Braxton getting her own new talk ...