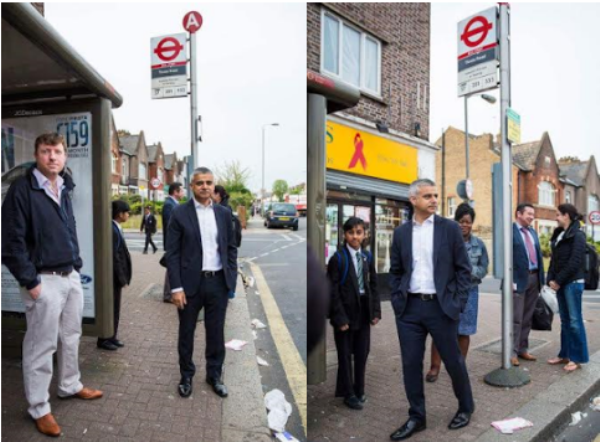 The man in the picture on suit (without a tie) is Mr Sadiq Khan the new Mayor of London. Elections were conducted last Thursday, May 5th and he scored majority of the votes and was elected Mayor. He resumed work on Monday 8th May 2016.

He is at the Bus Stop waiting to catch a bus to work. This is the Mayor of one of the biggest cities in the world. No retinue of security men or assistants following him about and no motorcade.

He is also the son of an immigrant yet he won an election into such a prestigious office in a very conservative society. Kudos to him