Check out the top ten singles this week;

Blackmagic’s brand is one of the strongest brands in the industry, he is not always after having a major street hit, but dishing out meaningful songs with powerful lyrics is what he’s known for.

“Loyal” was released as a birthday gift to his fans who have been with him from the very start and tell them how much he appreciates their love and support.

In Loyal, Blackmagic also pays tribute/gratitude to the legends who contributed to the growth of the nation in every positive way; Blackmagic pays tribute to our long gone and living legends.

Despite OritseFemi’s recent beef with Rayce, Rayce still managed to concentrate; he delivers a pleasing remix for his 2015 single, “Wettin Dey” after he got signed to MSN Gang.

“Wettin Dey Remix” is a certified song that will stand the test of time, not just because Davido featured on it, but the sensations and vibes one derive from the single itself.

Rayce meets up high with expectations by walking down the studio with HKN Gang’s boss, Davido who assisted in making the remix more worthy.

Music duo, Skuki hit us with spanking new jam, “Lori Standing” while trying to maintain consistency. The song was produced by one of the music producers who delivered major hits in 2015, Young John, “Lori Standing” features YBNL’s rave of the moment, Mr Me YAGI, profoundly called Lil Kesh.

Lil Kesh blesses the song with few hot street punchlines, which he’s generally known for. Is this song going to give Skuki another hit?

DJ Jimmy Jatt dedicates “Obalenda Gold” to his hommies at Obalende where he came from, he calls Obadice and Vector to assist in delivering golden verses for the “Obalende” neighbourhood.

DJ Jimmy Jatt alongside Obadice and Vector project Obalende with the new single, from the song, we can deduct that Obalende is a fun and lively place to be.

We hope they accept this and turn it to their street anthem as they directly gave shout out to all the streets in Obalende.

Few hours to GT Da Guitarman’s traditional wedding to his boo, Oby, he dedicated a heartfelt ballad, “Dobale” to her.

Without mincing words, GT praises Oby with the right collection of lyrics, serenades her with the proper song which he released at the best time.

GT has “Dobale-d” on April 23. We wish him happy married life.

Having a good music producer is one thing most Nigerian artistes always want to achieve, forgetting that having the right music producer who understands their style and how they can blend their music to fit any situation is also germane in music production.

Young D is not just a name in the music industry, he’s unarguably one of the best music producers who have made and re-energized many artistes, Young D is a creative songwriter and highly experienced sound engineer.

Timaya’s new single “Money,” the success can be credited to Young D who gave him monster beat. The single features Flavour who perfected and contributed immensely to the massive collaboration.

“Money” preaches and celebrates riches and wealth. Yes! It is a hit. 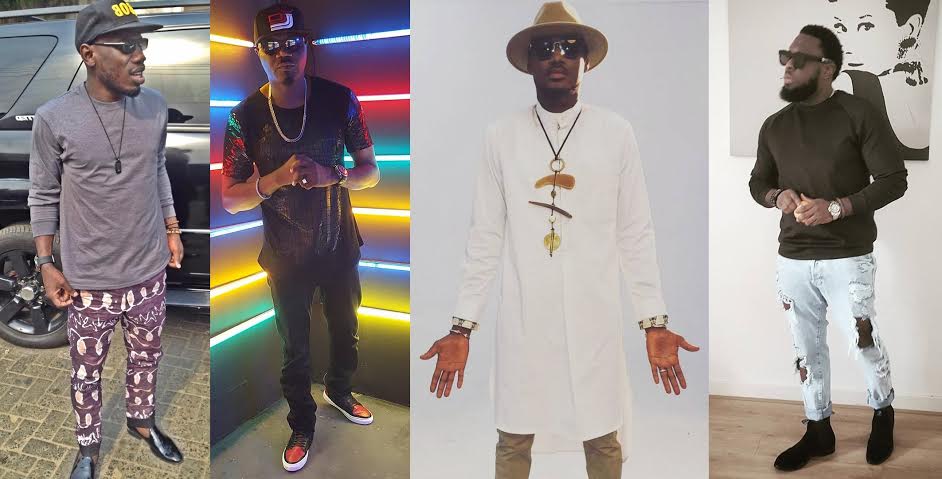 2Baba begins the track in his trademark style, riding the beat with an elegance that has defined his music for decades. The hook that follows is as mesmerizing in its simplicity as it is in its message.

“Oya Come Make We Go” is a song that inspires the listeners to believe in themselves, dare to dream and make the required strides toward the desired destination.

YQ has remained consistent every year, dedicating a song to his friend, DaGrin who died on Thursday, April 22, 2010, eight days after he was involved in a fatal auto crash.

In the quest for survival, some got stuck in a box, some allowed themselves to be intimidated, some are kings in their comfort zones, some stopped by the way side and decided to give up while some have hope & faith that with determination, resilience, hardwork and patience, they can change the World making it a better place for many generations to come. It all starts from these streets.

This street anthem is dedicated to every hustler inspired by all the positives DAGRIN lived for – The Ghetto Dreamz and so much more.”

While Chocolate City’s fast rising act, Dice Ailes is still trying hard to solidify his feet in the music industry, he attempts to break new grounds by joining music forces with RnB act, Iyanya on the remix of “Fantasy.”

Dice Ailes shows his versatility on “Fantasy (Remix)” which is a follow up single to his chart-topping “Machinery.” Iyanya resonantly delivers fantastic lines with his tuneful voice on this RnB track.

This is an awesome performance from Dice, we hope he will keep up to our high expectations, for we are anticipating more songs from him and expecting them outshine other tracks he has released.

TM 9ja makes his 2016 debut with beguiling love single, “My Dear.”  The hook of the song is very catchy and has quite pleasant lyrics, referencing notable celebrity couples in Nigeria.

TM 9ja proves himself worthy of his lyrical prowess with his addictive lyrics and delivery of “My Dear,” which perfectly matched the dance beat produced by C. Mart.