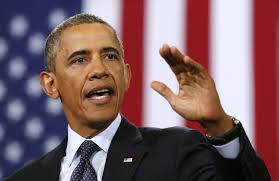 The United States has announced the transfer of nine detainees from the infamous Guantanamo bay ininw
Cuba.

The nine detainees will be transferred to Saudi Arabia in an arrangement whose details have not been made public.

Despite public pressure to close the Guantanamo bay, it has remained operational.

Toke Makinwa Is Gorgeous In Cornrows