Freeze shared screenshot from his conversation with an Instagram user, @drews_african_barbie. 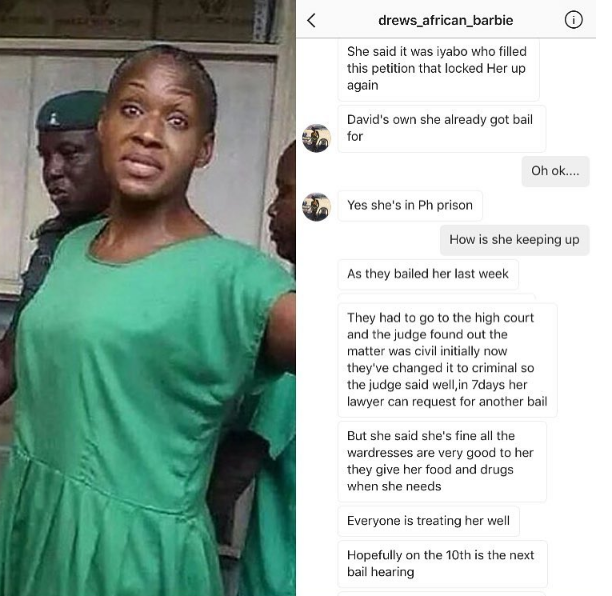 “Breaking: Kemi Olunloyo remanded over Iyabo’s defamation suit, filed at the high court, after getting bail from Ibiyomie’s suit filed at the magistrate court, according to #FreeTheSheeple member @drews_african_barbie who said Kemi was in good spirits after visiting her in prison. ~FRZ”

This is coming days after many people have spoken out about Ms. Olunloyo’s re-detention, stressing that it is uncalled for.

Kemi Olunloyo some weeks ago published a post accusing Iyabo Ojo have sex affair with the Port-Harcourt base pastor.

Chigul Talks about Her Struggles With Being a Plus Sized Woman

Floyd Mayweather’s Gift To Son On His 16th Birthday

Floyd Mayweather's Gift To Son On His 16th Birthday