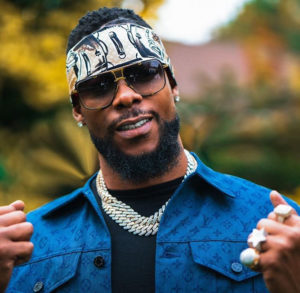 The recent episode aired showed Ike requesting money from Mercy saying; “If you want to end things with me, pay me off”.

The couple seemed to have gotten into an argument after Ike demanded that Mercy unfollowed Willie XO on Instagram. Although she resisted at first, she eventually unfollowed him.

Well, Willie XO seems to be enjoying the drama as he took to his Instagram account to throw shade at Ike.

He wrote:”Real men give babes mulla and not the other way round but If na money they want o, I go give them double #MoneyLove”

Toke Makinwa Says She Wants To Get ...